Canterbury Regional Council will review a decision to only consult a small number of neighbours over the expansion of a toxic waste plant on the outskirts of Christchurch. 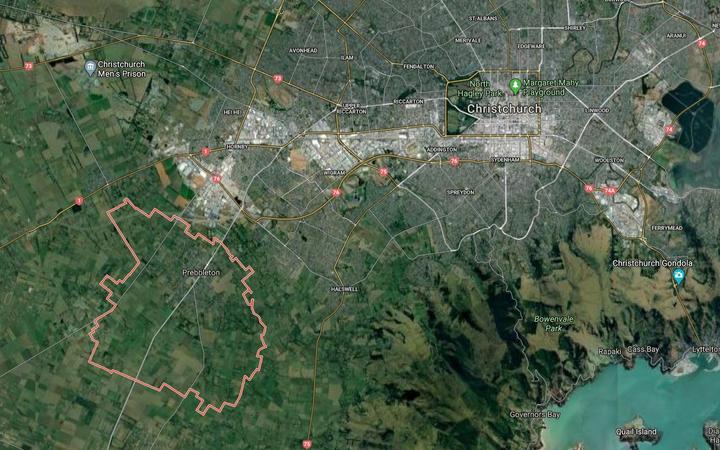 Prebbleton, to the south west of Christchurch. Photo: Google

Waste Management New Zealand wants to extend its plant in Hornby and to discharge contaminants into the air.

Canterbury Regional Council head, Bill Bayfield, said the consent application was considered by staff, and assessed as only likely to impact of affected parties about 500m from the site, and therefore was put out for limited consultation with 38 nearby residents.

Bayfield said a passionate group of Prebbleton locals, who lived near the plant, made a deputation to the council on Thursday calling for a review of its decision to put the application out for limited consultation.

The council agreed to those requests and Bayfield said he would report back on both of those issues at the next full council meeting on 12 March.

He said the consultation period for the application closes on 9 March, and will go ahead as planned. But he did not expect the independent commissioners, who will assess the application and are yet to be appointed, to make any decision for several months.

Bayfield said he understands that those opposing the application feel their position will be boosted by more numbers making submissions, but he said what those submissions say was also important.

"The quality of the argument is what will make the difference when we go to hearing on this matter," said Bayfield, "not so much the number of submissions. I'm sure the people of Prebbleton find that hard, but it is actually going to be the weight of argument that is put in evidence before independent hearing commissioners some time in due course."