Actor and director Jennifer Ward-Lealand Te Atamira has won the 2020 New Zealander of the Year Award. 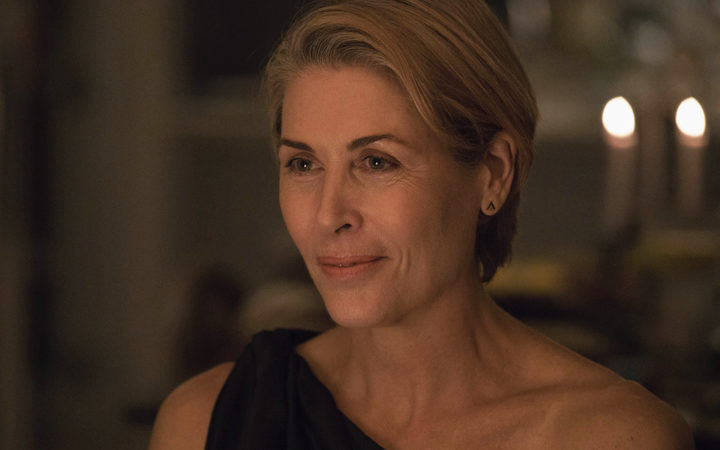 She was recognised for her dedication to the performing arts and her commitment to and passion for te reo Māori.

She was made a Companion of the New Zealand Order of Merit last year for her services to theatre, film, and television, including being an outspoken and determined advocate for actors' working conditions and pay.

Ward-Lealand, who was gifted the name Te Atamira by Sir Tīmoti Kāretu and the late Dr Te Wharehuia Milroy, is known for her campaigning for te reo Māori me ōna tikanga.

"Last night was truly wonderful and to be in the room with all those people who won New Zealander of the Year awards was so inspiring.

"There's so much kindness in this country ... people just doing things because it's the right thing to do."

In being awarded the honour Ward-Lealand was described as a living legend, role model and inspiration - tributes she thought were "lovely", but declined to say more.

"E kore te kūmara e kōrero mō tōna ake reka - the kumara doesn't talk about it's own sweetness - so I'll leave that for other people."

Ward-Lealand always knew she would learn te reo Māori but got the final push in 2000, when Māori actors on her husband Michael Hurst's film Jubilee gave a mihi and waiata to wish him a happy birthday.

"[They] turned to us to respond and we were lame, to be honest, and I said to myself ... 'this is ridiculous that I was born in this country and this is an everyday tikanga and why didn't I know this'. I determined then to start.

"I was also a mother of two young boys at that stage so it took me another eight years to get going but once I did I just determinedly stuck at it and it's been one of the most wonderful and life-changing things I've ever undertaken."

"When my love of te reo Māori and love of performing arts meet which they are in a number of ways at the moment then I'm really in my happy place."

Ward-Lealand took home the award ahead of other finalists Peter Beck, chief executive of RocketLab, and Professor Jane Harding from the Liggins Institute at the University of Auckland.

Harding helped inform and change health policy and practice with her research, including the Sugar Babies Study from 2013.

Beck said it was said it was humbling to be among the finalists and a huge recognition for the whole team.

Read more on the New Zealander of the Year finalists:

Among the other award winners were: