The 157 people quarantined at the Whangaparāoa navy base finally walked free today - after two weeks living in campervans north of Auckland. 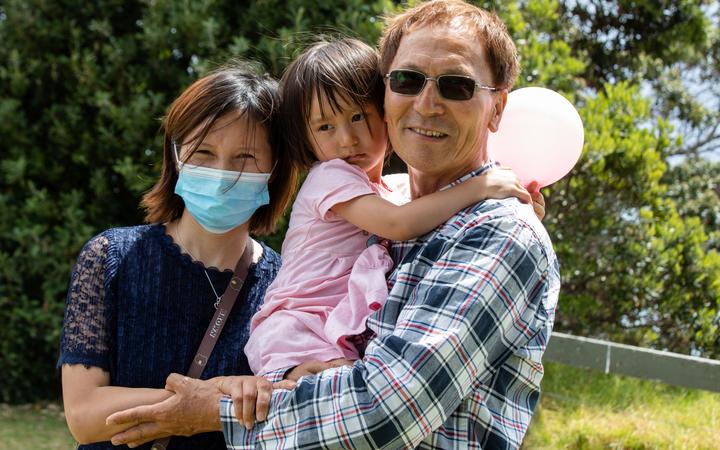 More than 50 foreign nationals who were part of the group were taken to the airport to travel home.

The New Zealanders - some of whom haven't seen their families for months - were taken home by bus or picked by their waiting relatives.

For Auckland woman Victoria Chen, it's been a long awaited moment to get out of the base and head home with her one-year-old son.

It's been almost two months since she saw her husband, who came to pick them up.

"I feel great. It's a great relief that we're safe here. I'm happy to be back. It's exciting. I'm most expecting today because it's the day that we can walk out as normal people," she said.

She was not asking for much but a good rest tonight and being able to enjoy the dinner with family members.

Having waited under the scorching summer sun for more than an hour, Ms Chen's husband William has a simple message.

"I'm very happy. Very good that they got home," he said. 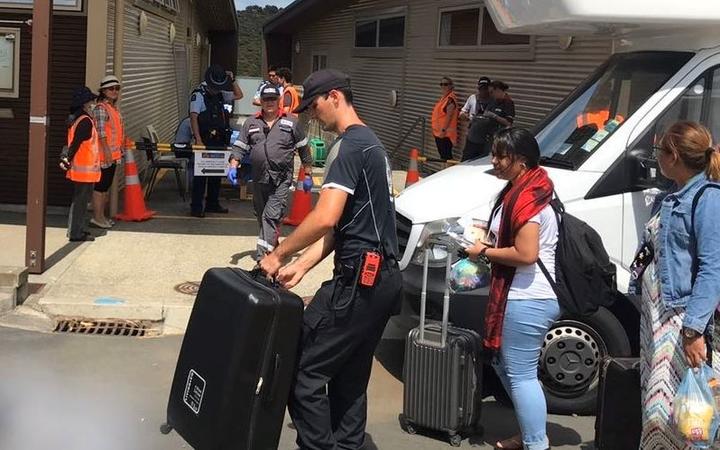 Chen said tomorrow she will start catching up with relatives and friends to celebrate freedom.

Aucklander Lily Gao was looking forward to having a nice dinner with her husband and sleeping in her own bed.

Gao said she's grateful new friendships have been forged with other evacuees during the quarantine.

"Especially my daughter because she can't stay in the van all the time, sometimes other kids came to see my daughter. They invented some games together. They just use some carton box to slide down the grass," she said.

Gao's two-year-old daughter Elysse held tight to her father Gregory Kim, after being apart for one and a half months.

Kim said the feeling was indescribable.

"It's hard to explain in words. It's more than [what I can explain] in words," he said.

At the Auckland airport, foreign nationals who'd been in quarantine were off home too.

He was grateful to everyone who has helped out in the past fortnight.

"It's been very well-organised. They've taken good care of us. We've got enormous gratitude to everybody invovled - to Air New Zealand, to the Red Cross, to the Ministry of Health. Everybody's pulled together and made a very enjoyable experience for us," he said.

Two Wuhan evacuees who remained in quarantine at Whangaparāoa have been cleared of the Covid-19 illness, after showing coronavirus-like symptoms.