Misinformation is behind a lot of the objections to a plan that would remove Stoneham Park's reserve status and allow homes to be built, a councillor says. 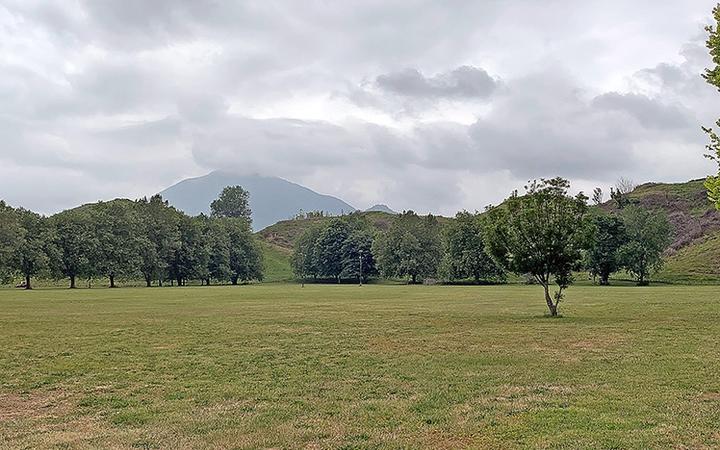 The objection period for the removal of reserve status from Stoneham Park has been extended Photo: Charlotte Jones / LDR

The timeframe for objections to be lodged against the removal of reserve status from the park has been extended for a second time.

The Kawerau District Council originally allowed a month from the end of November 2019 for the public to lodge objections but has extended this after it became clear that many people did not know what they were objecting to.

The council had already extended the timeframe to January 24 due to the original period's proximity to the Christmas holiday period.

The proposal was to remove the reserve status from Stoneham Park so it could be used for residential development to address Kawerau's housing shortage.

Reserve status must be transferred to another piece of land to be able to remove it. In this case the council has proposed the Stock Pound on Fenton Mill Road be given reserve status instead.

Councillor Berice Julian said at Tuesday's regulatory and services committee meeting that a lot more information needed to go out to the community before they could close the objection period.

"There is a lot of misinformation out there," Julian said.

It was clear from the 90 objections received that many people did not understand exactly what they were objecting against, with many under the impression it would mean the stock pound would be moved to Stoneham Park and others thinking the proposal was for Stoneham Walk rather than Stoneham Park.

"People think they will be losing all their green space, but we need to let them know if the residential development goes ahead there will likely still be a sports field and a playground," Julian said.

There were also valid concerns about the loss of green space, unaffordability of the proposed homes, loss of peace and tranquillity or a preference for seeing the space developed in other ways.

Councillor Rex Savage said some of these people could be swayed if information about how much it cost ratepayers to mow and maintain Stoneham Park was released.

Mayor Malcolm Campbell said the community often complained about the cost of rates but the only way to reduce them would be to get more people to move to the town to spread the burden.

"All the land around Kawerau is privately owned and development is not happening which is why we're taking it into our own hands," Campbell said.

"I've been here for too long to let it go backwards."

Chairperson Carolyn Ion said it was time for the town to look to the future, not in the rear vision mirror.

Councillor Sela Kingi said despite the misinformation it was good to see the community getting out and having their say on council matters and they should be congratulated for getting involved.

In addition to the 90 objections, council received 14 submissions supporting the proposal and a further seven which were not clear or did not state a position.

Under the Reserves Act, the council can only accept objections and work to mitigate them as much as possible.

The council will now conduct a comprehensive public information campaign followed by a fuller community engagement process that still meets the requirements of the Reserves Act.