More than 150 people quarantined at an Auckland naval base will leave today, two weeks after being evacuated from the coronavirus epicentre of Wuhan in central China. 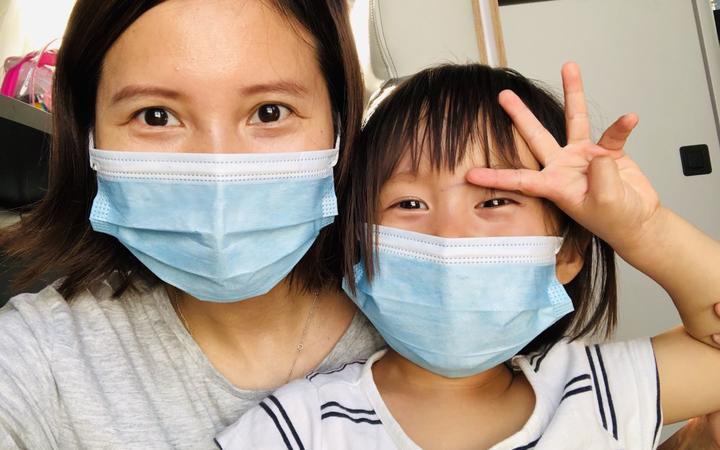 Fifty-nine foreigners, mainly from the Pacific Islands, will leave the Whangaparāoa military base at 11am in a bus to the airport, and 98 New Zealanders will leave later either by bus or with friends or family.

Aucklander Candy Wang, who was in quarantine with her three young children, said they would have their last health checks at 10am, and her husband would pick them up early this afternoon.

She would be pleased to leave but was grateful to have been on the plane that got the family out of Wuhan.

"I'm so happy and so grateful for what the government has done for us. It was so helpful because it was so stressful in Wuhan - living under fear every single day."

Wang said they were very well looked after at the navy base where there were constant checks on how they were doing and what they needed. 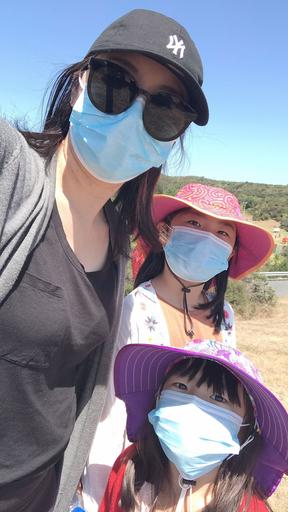 Candy Wang with daughters Tanya, 8, and Amy, 6, at the Whangaparāoa navy base. Photo: Supplied

Staff helped people celebrate their birthdays and decorated the kitchen for the Lantern Festival and on Valentine's Day.

"We've got so many things from here. It's more than what we had when we arrived here. We got so many stuff - like shampoo, body lotion, hand sanitiser - you know everything - also books and toys."

Wang's 8-year-old daughter, Tanya, said she had always wanted to live in a campervan and she was in two minds about leaving.

"I like the food here and I also have lots of things to do liking reading the books. I'm playing on the grass, sliding down with a cardboard on the grass," she said.

Lily Gao, who has been living in the navy base with her two-year-old daughter, and can't wait to be picked up by her husband later today.

"So far I feel quite excited to go home because we have been away from home for almost two months and my daughter misses her daddy, misses her toys and her friends."

Gao plans to stay away from other people for another 14 days after getting home just to ensure she doesn't carry the virus.

She said the time in quarantine would be memorable.

"For me, it's quite a unique and special experience because I've never been to an army base in my whole life.

"Also we've got a lot of help and support from many different people."

Gao and her fellow evacuees have been praised by the Ministry of Health which said their co-operation throughout the two weeks had helped in the global effort to fight the virus.

The base will soon be back in use as a quarantine centre as eight New Zealanders on board the Diamond Princess cruise ship are due to leave Japan late Wednesday night on an Australian evacuation flight to Darwin.

Of the 14 New Zealanders originally on board the ship, two remain in hospital in Japan and a family member has stayed with them.

Eight people will take flight to Darwin, and from there will be brought to Auckland on a flight arranged by New Zealand. When they arrive they will be taken to quarantine at the Whangaparāoa base.