National Party leader Simon Bridges says it came as a surprise to him that a Serious Fraud Office prosecution relates to two $100,000 donations to the party. 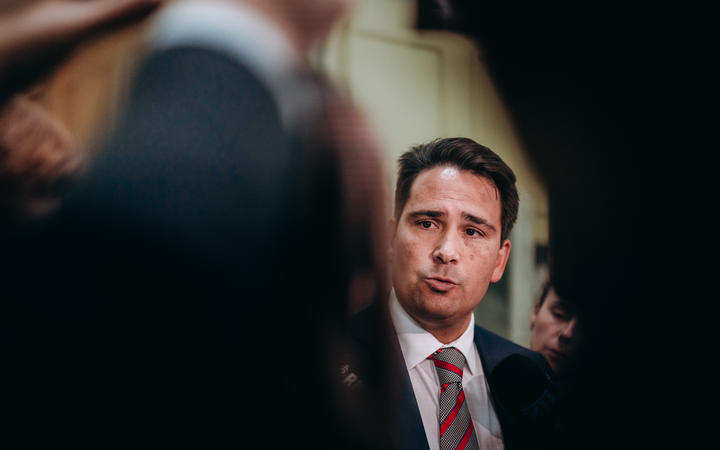 Court documents obtained by RNZ show charges have been laid against four people over the donations in June 2017 and June 2018.

The charge sheet said they used a "fraudulent trick or device" to break up the 2018 donation into sums less than $15,000 which were then transferred into the bank accounts of eight different people, before being paid into a National Party electorate account.

Bridges said he was in the dark about the charges relating to two donations.

"I have no information in relation to the other donation, I suppose someone does, and presumably they've been charged. It's now before the courts and look I don't have information and I can't speculate", he said.

A fourth person charged over the 2018 donation is also charged with providing misleading information to the SFO.

The charge sheet said a $100,000 sum paid into that person's bank account was in fact intended to be paid to the National Party as a donation.

However, the SFO said that when approached, the defendant told them the money was for a building deposit, and then created a backdated contract.

The defendants, whose names are suppressed, are due to appear in court next week.