Central Dunedin businesses are up in arms about cars and buses being banned in the Octagon. 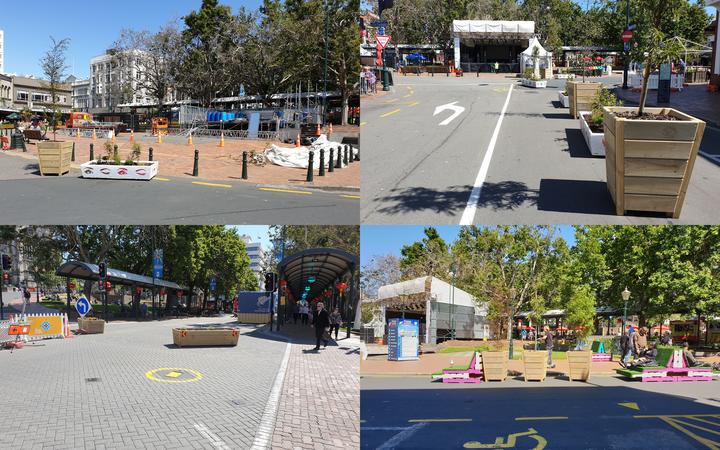 The Octagon in central Dunedin has been closed off to vehicles. Photo: RNZ / Tim Brown

The Dunedin City Council is hailing the trial closure of the landmark as a success but retailers say it has left them out of pocket and unsure of their future if any ban becomes permanent.

The council is holding a series of pedestrian-only trials in the Octagon from January to late March, at the cost of $150,000.

The plan is being marketed as the Octagon Experience.

The current trial, which began on 27 January and finishes on Sunday, is the most widespread.

Business owners variously characterised the current closure as a dud, a non event or a disaster.

But the council's principal urban designer, Kathryn Ward, rated the trial as a success.

"This is feedback coming directly from the bar owners, from the retailers, so there's been some really great feedback."

When asked how many more people had used the Octagon as a result of the closure, Ward could not provide specifics and said the numbers were "anecdotal" but data would be available once the trial was complete later this year. 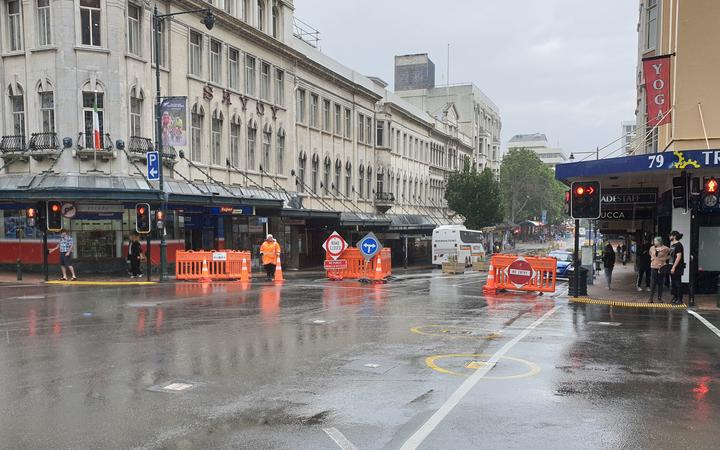 The closure of the Octagon in central Dunedin to vehicles. Photo: RNZ / Tim Brown

In contrast retailers said the closure hurt their bottom line and it would have been worse if the council's initial plans went ahead to have cruise ship passengers dropped off further away from the Octagon.

Linzi Irving, who owns the knitwear store Seriously Twisted, said her turnover was down between 50 and 75 percent.

The closure had been foisted on businesses, and got off to a bad start.

"We had five days of them closing everything down to set up the Octagon Experience," she said.

"Those five days have been the worst days any of us have had."

Craft Bar and Kitchen owner-operator John Macdonald said the summer started well with busy cruise ship days, but once the trial started turnover was only half what he would have expected.

The council appeared to have decided the trial was a success without asking businesses, he said.

"First and foremost the council need to be prepared to listen and take on board the feedback they are given, rather than dictating to us that this is what is happening for the future, because it is having an effect without doubt."

There had also been unintended consequences for others.

Yvonne Thomas, from Age Concern's Octagon Club, supported having a pedestrian space in the Octagon, but said the closure made it hard for the elderly to get to the the club.

Susie Staley, a principal at the law firm Staley Cardoza, said the trial had been disruptive for all businesses in the Octagon.

"I think there's much more negatives than positives. I understand the idea of, perhaps, enlivening the Octagon. But ... it looks higgledy-piggledy. It's pretty amateurish and as I say we are a professional business, this whole building is, it's actually difficult to try and work."

Ward was unmoved by the criticism.

"I wouldn't expect retailers in the Octagon to be urban designers or town planners, so obviously we've got to show the degree of change that's possible within our existing transport network and then we can take feedback and work alongside all affected parties and we have done that."

Businesses both on and off-the-record told RNZ consultation had been negligible.

The local Chamber of Commerce said businesses were struggling with a variety challenges arising from the trial.

Chief executive Dougal McGowan said they were communicating that message to the council.