A prominent Taranaki businessman's fall from grace is complete after he was jailed for two years and 10 months for his part in a methamphetamine supply ring. 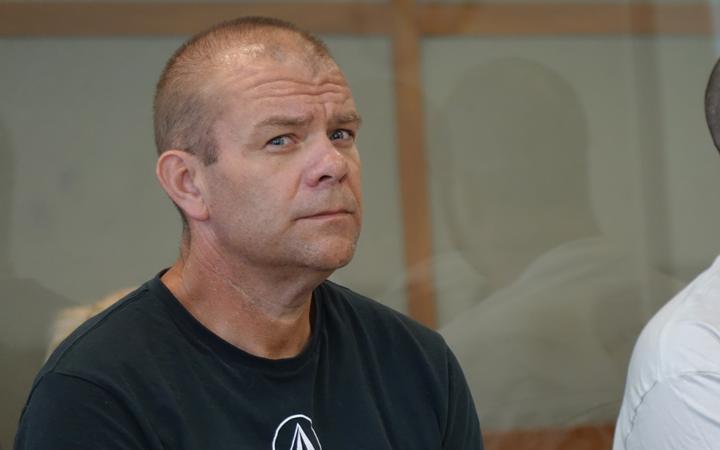 Lauchlan MacMillan, who appeared in the New Plymouth District Court this morning, had earlier plead guilty to five drugs charges, including one representative charge of supplying the class A drug, also known as P.

The former owner of the Taranaki Fowler Homes franchise was arrested in October 2018 after police swooped on his business address and a private home, seizing a luxury sports car in the process.

A month later the franchise was put into liquidation owing $1.2 million.

Prior to his arrest, MacMillan, who initially pleaded not guilty to 30 drugs charges, had been an award-winning master builder and an enthusiastic sponsor of local events and sports.

At his sentencing today, Crown prosecutor Justin Marinovich asked for a starting point of between five-and-a-half and six years' imprisonment.

In his submission, Marinovich acknowledged MacMillan's addiction to methamphetamine, but said the offending was significant.

"The representative supply charge relates to a period from July through to October and that supply of amphetamine equates effectively to 182 grams ... taking $600 per gram and in terms of supply we are looking at about $105,000."

He said that MacMillan was more than capable of paying for his drugs and his involvement in its supply must have been at least in part motivated by financial gain.

"When one takes into account that at that particular time he was a successful businessman and obviously had some wealth so the question is what is the purpose of the actual supply ... it can't be to feed his addiction because he has money which can provide for that."

Marinovich said it was also clear MacMillan had a significant role in the drug operation for which three co-accused were also due to be sentenced today.

Hughes told the court that MacMillan, who had been assessed as having a general anxiety disorder, became addicted to methamphetamine after a stomach stapling operation left him "unable to access food as a comfort".

She said MacMillan had been assessed by the Salvation Army and scored seven out of seven for the criteria for methamphetamine addiction, but had addressed his drug dependence and graduated from a Bridge programme.

"Obviously where he is now in the next phase of his recovery and that is the stage three phase that requires him to attend regular counselling, Narcotics Anonymous meetings and engage with his psychologist. If he were to be returned to prison obviously his rehabilitation would be compromised."

Hughes said MacMillan had been drawn into his offending through his addiction and a desire to be seen as "the big guy" rather than for financial gain.

She said the fall from grace he had endured was much greater than for others in a similar position because of his previous success and that he had a job offer and was determined to work his way up from the bottom and lead a purposeful life once again.

In sentencing, Judge Maree McKenzie gave MacMillan credit for attending to his addiction issue, but she questioned his involvement in the offending given that he could afford drugs to feed that addiction.

Judge McKenzie also accepted that his role in the offending was significant.

"You must have had awareness of the scale of the operation for example the quantities supplied because you supplied them directly and taking into account the bulk purchase plan."

Judge McKenzie jailed MacMillan for two years and 10 months for the representative charge of supplying methamphetamine, and 12 months each for the other four drug charges which was to be served concurrently.