Tauranga Mayor Tenby Powell says he's concerned about the increasing sophistication of gangs involved in the meth trade after police shot a man dead in the city last night. 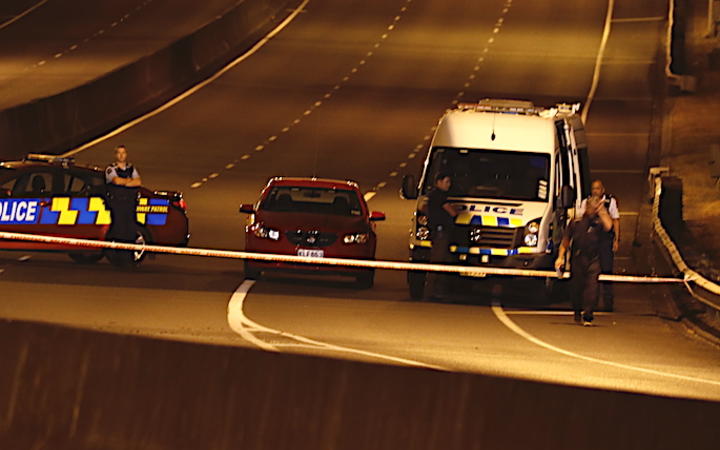 Police officers at the scene of the shootout last night. Photo: SunLive

Powell said police were containing the recent surge on gang-related violence in the Bay of Plenty, but that supply and demand of meth was a wider issue that needed to be tackled with increased resourcing.

Yesterday evening at about 7.45pm, a fleeing driver opened fire with what was described as a semi-automatic weapon as officers attempted to stop a car in the suburb of Bethlehem, as part of an investigation into the killing of two men at Omanawa on Tuesday.

The driver headed along State Highway 2 towards the city centre with police in chase, both parties exchanging gunfire, police said. The vehicle then stopped near Cameron Rd after the man was wounded and he died at the scene.

"It is of great concern and these are weapons that we haven't seen used here before," Powell told Morning Report.

"At this time, this is gang-on-gang violence, the community aren't involved and our police are working hard to contain this. But Tauranga isn't the only one affected by this. We are in the headlines right now, but this is an issue happening across the country."

"They are bringing a level of sophistication we haven't seen here in New Zealand before. The dynamic within gangs in New Zealand has changed and probably forever." 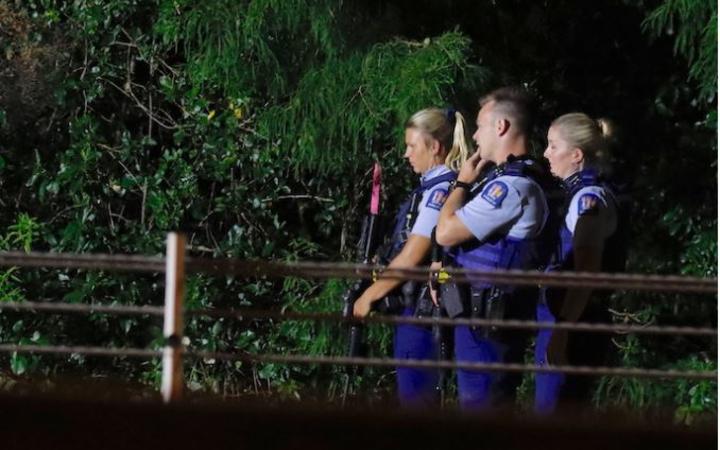 Powell said the government needed to tackle gang violence issues strategically, and that dealing with meth supply and addiction needed be part of that.

Turf wars among gangs would be a feature of areas near ports where illegal substances could be smuggled in, and that increased police resources were needed, but these alone couldn't effectively tackle the issue, he said.

"There are two parts to this and things must be done concurrently - there's supply and demand sides. In the Bay of Plenty we are going to get funding for two new mental health facilities, in Tauranga and Whakatane, and that will assist in the demand side, which is critically important.

"The supply side is very resource intensive and expensive... but it pales into insignificance compared to the costs to society."

He told Morning Report the man had repeatedly leaned out of the car to fire volleys of shots at police from a semi-automatic weapon and that a police vehicle in pursuit had been hit several times.

"The officers themselves are very shaken and distraught. They came to work last night to provide reassurance patrols, mainly to ensure the community do feel safe... And they should feel safe, as this was one motivated offender who did not want to be captured by police," he said.

Armed police remain on alert across the city.

McGregor told media this morning Tauranga residents should go about their daily business and that there would be heavy police presence across the city for the next 24-hours. Between 45-50 officers were now working on the case.

A 4km stretch of highway is still closed from the Bethlehem roundabout to near the central city.

Diversions are in place this morning but people are being are advised to avoid the area or delay travel.

On Tuesday, the bodies of two men were found on the large rural property on Ormsby Lane close to the McLaren Falls, south-west of Tauranga, after police received reports of gunshots.