RNZ executives have fronted up to Parliament to mount a defence against accusations they bungled the Concert restructure that has now been shelved. 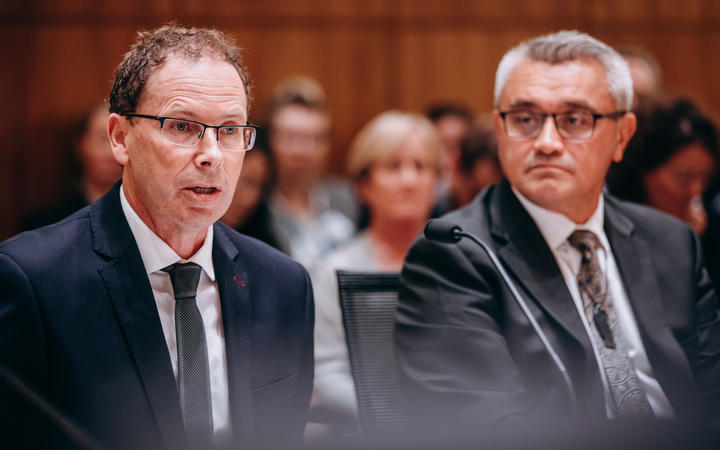 Last week, the public broadcaster announced a plan to remove Concert from its FM frequencies and automate it, and use the FM frequency for a new youth station.

The government intervened and is looking at freeing up another FM frequency.

Board chairman Jim Mather told MPs he and the chief executive did everything they were supposed to and acted properly including in their interactions with Broadcasting Minister Kris Faafoi.

"We as a board could quite simply have sailed along comfortably over the tenure of our three-year terms and accepted the status quo, or as we have done, chosen to make some unpopular but ultimately appropriate decisions about the future of RNZ."

He said the option of securing a third FM network for the planned network for young New Zealanders was explored in mid-2019.

But he said there was a miscommunication over how much RNZ was going to say in its staff consultation, after a meeting with Faafoi.

"There was clearly a misunderstanding as the minister thought our consultation process would be halted while MCH looked into the FM frequency availability, as they were tasked to do at that meeting. There is absolutely no logical reason why RNZ would purposely ignore such a request from the minister."

RNZ's chief executive Paul Thompson also told MPs he had raised the option of using the 102 FM network with officials last year, but did not push any further after being told that would be a very difficult thing to do.

Mather also told Nine to Noon the plans to cut jobs and restructure RNZ Concert came after a significant misunderstanding.

Speaking to reporters after his select committee appearance, Thompson described the miscommunication with the minister as a "crossed wire".

"And it was around when he talked about looking at this other option and that we would continue with our consultation - the miscommunication was that he didn't understand, and we probably didn't explain carefully enough, that would include mention of Concert coming off FM." 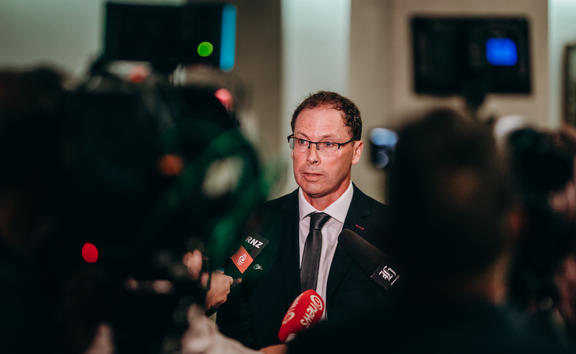 He was asked whether all of this had damaged the relationship with the broadcasting minister.

"I think the relationship is sound and robust and the sign of that is they have endorsed our strategy, and that is we have to get serious about younger audiences".

"The organisation is performing at a high level, this has a long time to run and we'll just keep going".

Thompson was asked what assurances he could give about future jobs or services.

"Things have changed this week; we've now got this option of the new frequencies and having the new service funded, and we have to work through the process around that, so that meant I could go to the Concert staff and stop the restructure, because it's no longer valid."

He would work with staff over the next month on a new strategy to improve Concert's performance, but Thompson said the result of that would not be evident for several months.

On Wednesday, the proposal to restructure RNZ Concert was withdrawn.

Thompson said he met with staff in the music department to withdraw the proposal.

He said things had changed with the government now indicating it would support the youth music service.

Thompson said, over the next month, RNZ would develop a new strategy for Concert aimed at improving its audience.

It will also work with the government on the new service for young people.