More than 20 fire crews are battling a large fire at a car wrecker's yard near Rotorua. 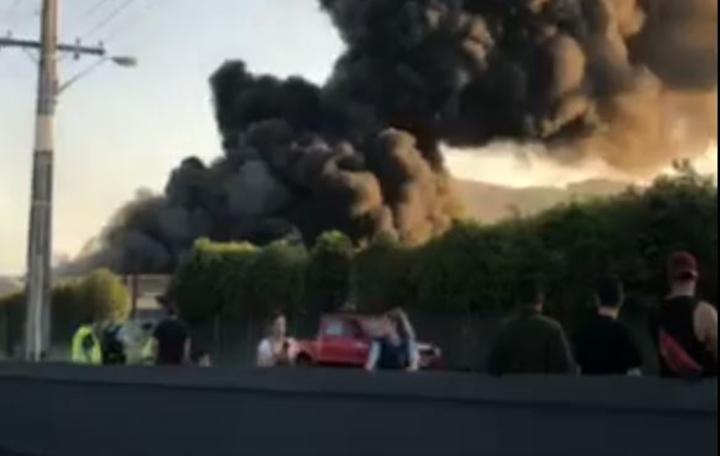 The fire, on Wikaraka St in Ngongotaha, was reported about 7.10pm tonight.

Residents are being asked to stay away, and anyone living downwind of the fire is recommended to stay inside and keep their windows closed.

Footage of the fire shows a large, dark plume of smoke coming from the car wrecking yard. A resident said it smelt "toxic".

Twenty-two crews including two aerial appliances are there.

A Fire and Emergency spokesperson said there were no reports of any injuries, nor any information about any potential cordons or evacuations.

Fire and Emergency posted on social media at 9.30pm: "Update as at 2130 hrs: The fire is now at a fifth alarm level. Brigades are continuing to extinguish the fire.

"From the scene: A large fire is currently burning in an auto dismantlers yard at the Ngongotaha Industrial Park on Wikaraka Street. Fire and Emergency New Zealand personnel request that bystanders and traffic remain clear of the area to allow us to extinguish the fire and work in a safe environment.