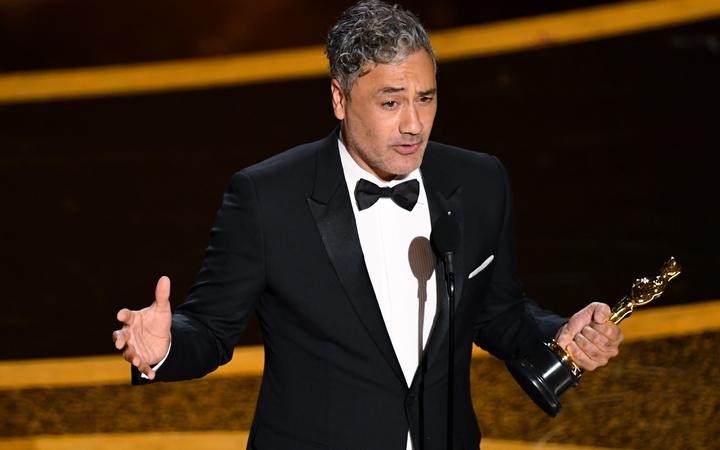 Waititi won Best Adapted Screenplay for his movie Jojo Rabbit at the Academy Awards in Hollywood on Monday.

Accepting the award, Waititi, who had earlier acknowledged the traditional owners of the land Hollywood sits on, dedicated his win to indigenous children wanting to make it in the world of arts.

"To be able to stand on that massive stage in an industry that we have been shut out of for so many years and continue to sort of find it difficult to get in to - the Hollywood machine - Taika had a moment and I'm so proud he was able to take that moment and put out such a positive message for those emerging voices."

Hakaraia said having indigenous creators in the movie industry is vital to society as a whole.

"With the conversation around diversity also comes a much larger conversation about the original story tellers - the people whose stories haven't really been seen amongst the plethora of films that have been made now.

"We've certainly seen that in Aotearoa New Zealand, I think the conversation has changed in Aotearoa New Zealand in the last few years in terms of more people talking and wanting to take up learning te reo Māori for example... we're having grown up conversations about the story of our country, the real story of our country, whether it's pre European or European arrival and I think that's healthy."

Hakaraia said audiences agree with her that more diversity is needed within the movie industry, but challenges still remain for indigenous women in particular, both in New Zealand and globally.

"[Women] still have to punch through, we haven't had a Māori woman in this country direct a feature film.

"We have a feature film coming through at the moment - Cousins - it is the first time that two female Māori directors are at the helm, this is terrible, this can't continue, so these are the power structures we're battling against."