A former teacher who was jailed for having sex with students can now be named as 38-year-old Jaimee Marie Cooney. 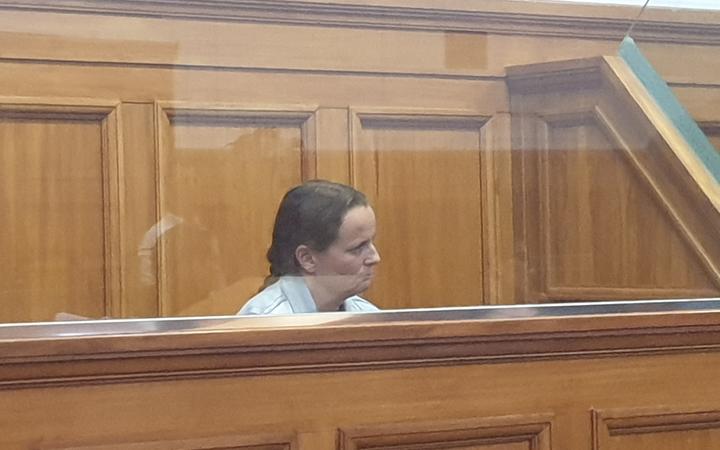 She was sentenced in the Blenheim District Court in December to two-and-a-half years in prison after admitting seven charges of sexual relations with minors and two of sending minors sexual material.

She was also placed on the sex offender register.

At her sentencing last year, Judge Tony Zohrab declined application for permanent name suppression and she has now abandoned her appeal against that decision.

Judge Zohrab said her offending was a gross breach of trust which hurt the victims and the entire community.

Her lawyer, Jonathan Eaton QC, had argued Cooney's name should be permanently suppressed because of the extreme hardship her young children would face if her identity was revealed.

The police summary of facts state that in 2018 Jaimee Marie Cooney - the head of the languages faculty at the school and a wellness co-ordinator - repeatedly drove two male teenage students from her school to Marlborough parks at lunchtimes for sex.

She met the first victim while working on a combined schools production, and began to text him daily.

They spent lunchtimes together and built up trust which led to the defendant getting "flirty" with the victim.

One lunchtime she took drove a victim to a local carpark gave the boy oral sex.

She drove him back to school, and on the way, told him "don't tell anyone".

They had intercourse and oral sex at parks several times after that.

The victim said he believed he was in a relationship with Cooney who had told him she loved him. She also told him a number of times that she would harm herself, which made the victim feel he had to stay with her.

Later in 2018, the victim added another teenage boy to a group chat that involved the woman, and the three of them talked sexually.

The trio drove to a carpark where they engaged in sexual activity.

The woman and the second victim met several times after that and had intercourse.

When the second victim tried to end the "relationship" she kept messaging him, telling him she loved him.

She sent sexually explicit images of herself to both victims.

Judge Tony Zohrab said during sentencing the overarching aggravating feature of her offending was that as a teacher she knew how bad an impact it would have the young victims.

He said she was in a position of authority and she that groomed the boys in a premeditated way over a long period of time.