Firefighters have extinguished a scrub fire near Rangiora, North Canterbury this morning. 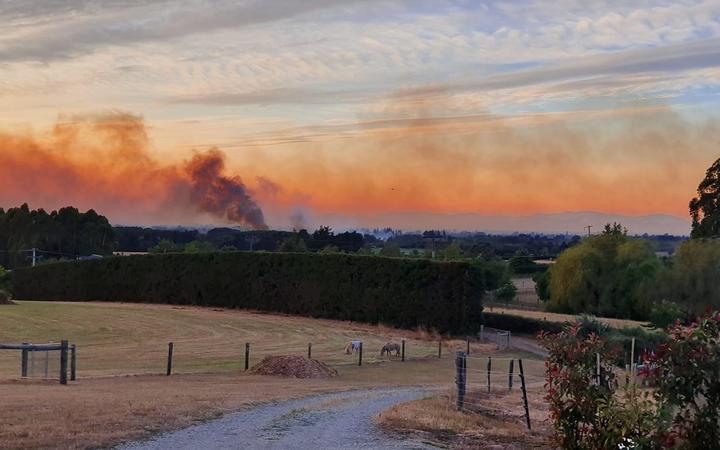 Smoke from the fires in Canterbury. Photo: David Lowe / Facebook

But more than 80 firefighters are trying to get on top of two other North Canterbury scrub fires that started yesterday - before a wind change makes it more difficult this evening.

Fire and Emergency said the situation remained "dangerous" and "unpredictable" so although the fires were contained, they were not under control.

A spokesperson said the wind was causing flare-ups - one of which had breached a fire break - and firefighters were at risk from falling trees.

One of the fires covers about 93 hectares and the other is about 12 hectares. 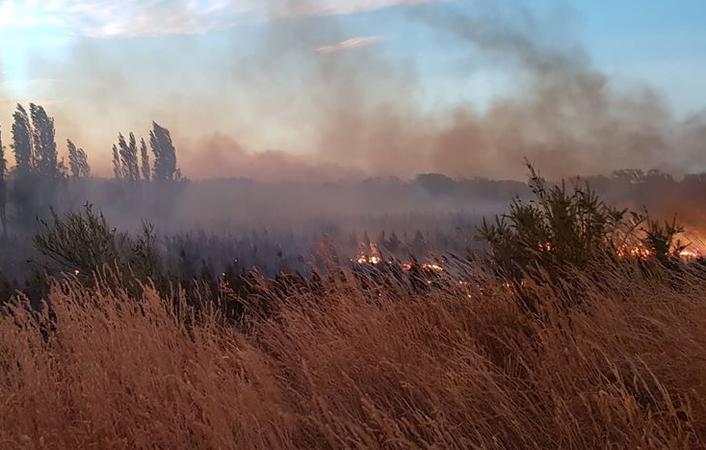 One of the fires burning in Canterbury that firefighters are are trying to bring under control before a wind change. Photo: Fire and Emergency

The wind is expected to swing to the southwest between 4pm and 6pm, so firefighters were focussed on securing containment lines around the fires before then.

Fire and Emergency Incident Controller Graeme Knight said people should stay well away from the area, while nearby residents should close windows and stay inside away from smoke - and seek medical help if they're adversely affected.

Although the wind change could bring cooler temperatures and the chance of rain, Fire and Emergency was warning it could take days for the fires to be fully extinguished once they were brought under control. 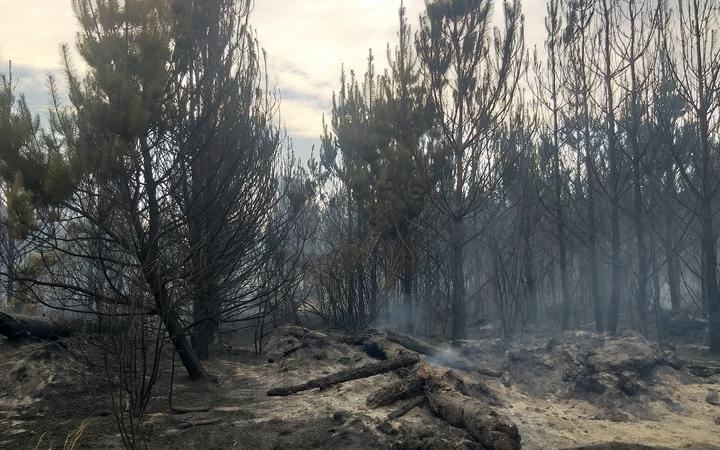 The aftermath of one of the fires in Canterbury. Photo: Supplied / Fire and Emergency

The third fire was reported to Fire and Emergency shortly before 6.30am today.

The fire near the Rangiora Stadium burned through a patch of vegetation before it was contained with the help of two helicopters.

It affected an area close to railway lines and caused a brief delay to the Coastal Pacific train service.

He said the fire was unrelated to KiwiRail.