A reprieve from sweltering temperatures in parts of the country is likely from Wednesday. 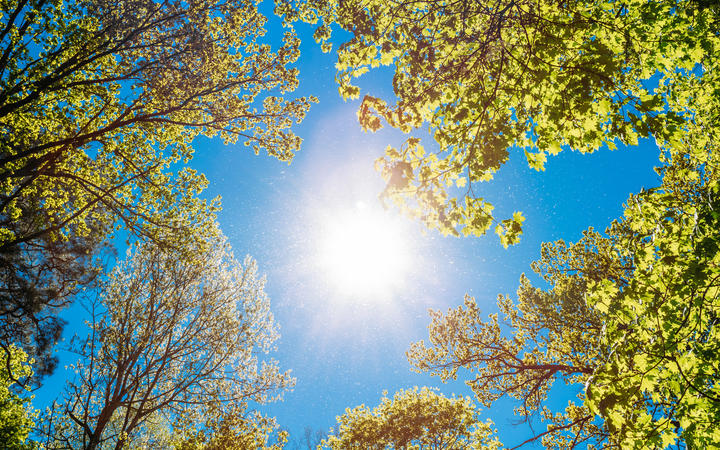 In many regions temperatures are around 10 to 13C above the February average. Photo: 123RF

This afternoon Te Karaka in Gisborne reached 40C, Whakatane 35C and places like Blenheim, Tauranga and Hastings recorded temperatures in the low 30s.

Forecasters said a southerly change coming up the country is likely to return temperatures to normal February levels.

In many places temperatures are around 10 to 13C above the February average.

For the first time ever @WeatherWatchNZ data has a forecast of 40C in the North Island.@ibmnz has verified this temperature as currently 40C at Te Karaka (near #Gisborne). pic.twitter.com/cv2K1iTg2s

The reason is a strong north-westerly flow over the country and while it is bringing rain to the west coast, up the east coast of both islands and in the north, it is just hot and dry.

MetService forecaster Andy Best said a lot of the heat was coming from Australia.

However, he said there was some relief in sight.

''Nights have also been particularly uncomfortable for many places. Christchurch for example, last night the airport recorded temperatures between 26 and 27C virtually all of the night, so that would have been particularly bad.''

''On Wednesday we see quite a change happening.. There is a front that moves up the country today and during the course of tomorrow, which brings a southerly change up the east coast of the South Island,'' he said.

''It will be a relief that humidity will ease as will the hot temperatures, so by Wednesday evening the entirety of the country will feel perhaps more like March rather that early February.''

There is still no good news on the horizon for farmers who are desperate for rain , particularly from Waikato northwards.

Ben Noll said no rain, apart from an occasional shower, was forecast for at least the next two weeks.

''Nothing particularly meaningful for those regions. We may have to wait until the second half of February to get some more rainfall in those areas, so the next two weeks are looking drier than normal for those areas that are already quite parched.''

He said Waikato, Auckland and Northland need up to about 100m of rain to be of any real help.

''Typically we look for 20-25mm per week to kind of keep things stable this time of the year in terms of our soil moisture balance.''

Ben Noll from Niwa said forecasters will be closely watching weather patterns in the south-west pacific for signs of any sub-tropical rain that might replenish parts of the country.