Friends of a cancer patient have rallied to rent billboards in Auckland to help fundraise for a cancer treatment he needs that's not funded in New Zealand. 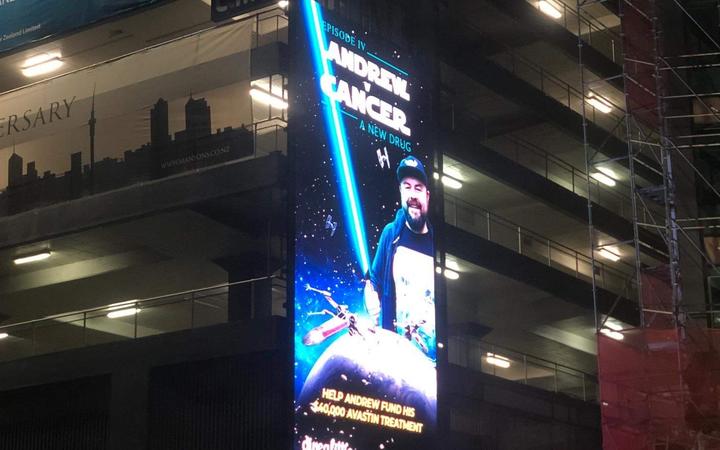 Andrew Speir, 35, was diagnosed with an aggressive form of bowel cancer late last year, and alongside chemotherapy was advised to try the tumour-starving treatment Avastin - which the drug-buying agency Pharmac does not fund.

At the start of the year he began a round of the potentially life-lengthening drug, costing at least $40,000.

"It's life-lengthening to me. I'm unlucky that I've been given a diagnosis of stage four bowel cancer so I've been told that it's all palliative care but if there's something that can prolong my life longer and that gives me a better chance of staying alive for as long as possible then I'm definitely going to try it, it's just a shame that it costs too much," Speir said.

"I'm hoping that people realise how much some people have to pay for drugs that could potentially help save them or at least prolong their life for a long time."

Andrew Speir's friends set up a Givealittle page to fundraise $40,000 for his first round of Avastin.

They booked spots on six digital billboards in Auckland - and one in Christchurch - to promote the Givealittle page.

The billboards are Star Wars themed with a photo of Andrew and the line 'Andrew versus Cancer - a new drug. Help Andrew fund his 40-thousand dollar Avastin treatment'.

"I didn't really think it would get that much attention but it has which is really cool I've got a friend who is able to do that, I'm a lucky guy," he said.

"The burden's on my parents and it's just been so nice that they're not going to take a financial hit on this. To see that they don't have to dig into their savings has made me happy."

Speir was working in London when he received the shock diagnosis that he had an aggressive form of bowel cancer, and returned to New Zealand to be close to his family.

The Cancer Society's medical director, Dr Chris Jackson, said he hears stories every week about patients who can't get access to drugs that are not funded.

"I've never seen patients in New Zealand having billboards to raise money for their cancer treatments before but I think it's fair to say many New Zealanders are going through extraordinary measures to raise money for access to medicines they can't access through the usual means, through Pharmac or medical insurance," Dr Jackson said. 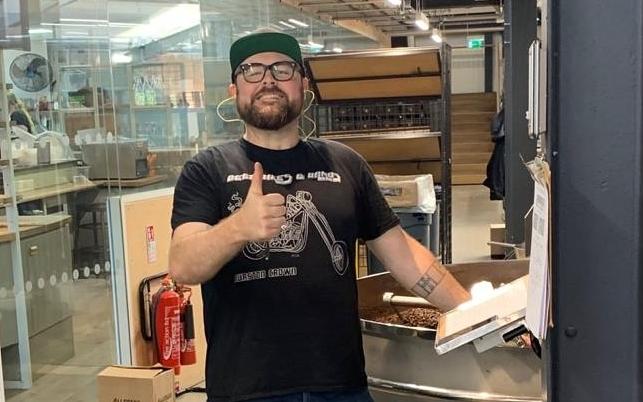 Andrew Speir said he's happy that his parents don't have to dig into their savings to fund his treatment. Photo: Andrew Speir

Dr Jackson said Avastin is funded in Australia where it is commonly prescribed to help treat some forms of cancer.

He said the gap between what's funded here and overseas is getting bigger, and patient advocacy groups feel there is an imbalance of funding for drugs that give patients a little more time as opposed to game-changers.

He said there needs to be more clarity around the criteria for funding.

"One tool that is used internationally is the ESMO Magnitude of Clinical Benefit Scale which is kind of like a drug scorecard and it gives a drug a rating from one to five as to how good it is. I think if we used a drug scorecard like that in New Zealand it might help give a lot of clarity to this discussion."

The billboards featuring Andrew Speir versus Cancer will continue to pop up and any funds above the $40,000 will go towards a second round of Avastin if his doctor decides that would be beneficial.