Ongoing concerns about the deadly coronavirus has prompted the cancellation of this year's Chinese and Korean New Year festival in Auckland. 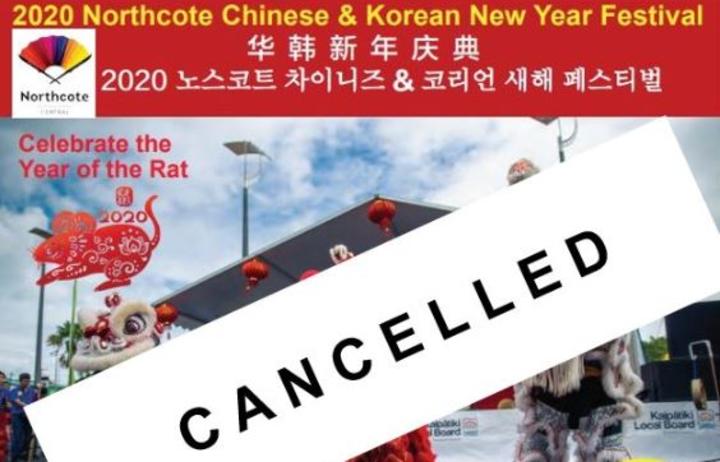 This year's Northcote Chinese and Korean New Year Festival,has now been cancelled due to ongoing concerns about the coronavirus. Photo: Supplied

Organisers of the Northcote Chinese and Korean New Year Festival said this afternoon the decision was a precautionary one to protect the local community.

"Northcote has a very high population of travellers to and from China, especially during Chinese New Year and the situation is still unknown," a statement on the Northcote Central Facebook page said.

That statement added that, even though the risk of a sustained outbreak in New Zealand was currently assessed as low and there were no identified cases so far, the local Chinese community were concerned enough to not want the event staged this year.

"Our local Chinese community, including those performing and attending, have told us they would prefer that the event not proceed this year, which we understand and respect.

"We know many of you will be disappointed but we hope you understand our decision."

The organisers said the festival would return next year.