A seriously injured man has been airlifted from a North Otago freezing works after he was dragged under a train this afternoon. 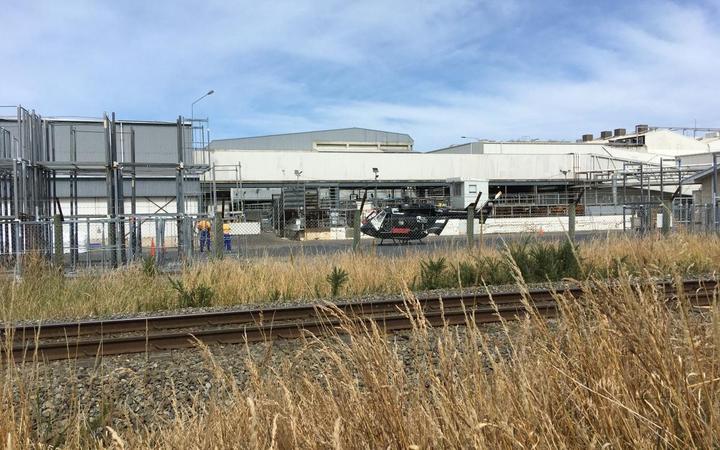 A helicopter at the Alliance Group plant at Pukeuri. Photo: ODT / Daniel Birchfield

A Fire and Emergency New Zealand spokesperson said it was called to the Alliance Group Pukeuri Plant just after 3.15pm.

They were assisted at the scene while waiting for a helicopter to arrive to pick up the injured person.

The train was at the plant and not on the main line between Dunedin and Christchurch.

Police said it had responded to a report a person had been injured by a train on site at the freezing works on Works Rd.

An Alliance Group spokesperson said it had launched an internal inquiry into the incident.

''Alliance will be supporting the employee's family and speaking with WorkSafe New Zealand.

''It would be inappropriate to comment further at this stage.''

It confirmed the incident involved an employee.

A helicopter landed at the site about 4pm and left about 4.30pm

Alliance Pukeuri staff members at the scene declined to comment.