After years of complaints over cowboy wheel clampers and charges running into hundreds of dollars, a new law in effect this month has capped the fee. 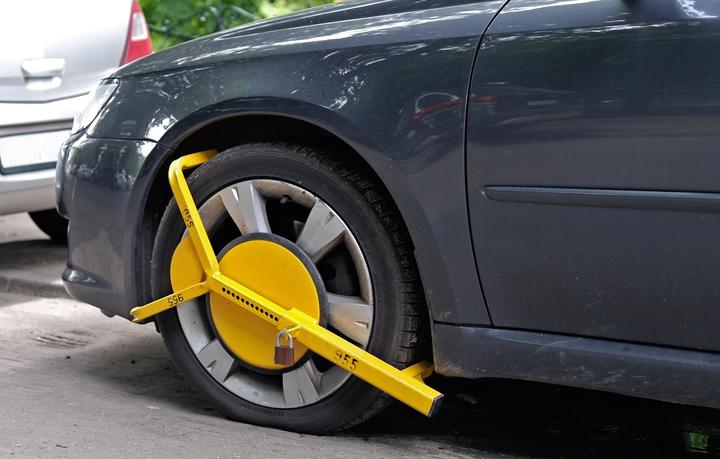 The Land Transport (Wheel Clamping) Amendment Act , which took effect on 2 January, set a maximum $100 charge for releasing the clamp.

"Fees of $200 were common and in some cases were much higher than that.

"The new law makes it an offence for wheel clampers to charge more than $100."

Charging more than $100 or failing to remove one within a reasonable timeframe are offences enforceable by police.

The AA and Consumer NZ, which have pushed for regulation of the private parking sector, including wheel clamping, have received complaints over many years from motorists about excessive clamping fees - often when the driver only stopped for a few minutes, or was unaware parking wasn't permitted due to unclear or ambiguous signage.

Their advice for any motorist being charged more than $100 is to remind the operator of the new law. If they're still asked for a higher fee they should contact police on the non-emergency site or by phoning the non-emergency 105 number.

"If the law change fails to put a stop to the cowboy practices of clampers, a ban on wheel clamping would need to be next step," Consumer NZ Head of Research Jessica Wilson said.

"We hope what the law change will do is send a clear message to the cowboy operators in this industry that it might be time to hang up they wheel clamps and find another way to earn an income."

Standover tactics had left motorists with no alternative but to pay, she added.

"Ultimately we would have liked to see a ban on wheel clamping - we don't think it's a very good way for private car park operators to regulate their parking - but we hope that the $100 cap will at least see an end to the worst excesses that we've seen over the past few years."

Wheel clamping companies can be fined up to $15,000 for breaching the law, Wilson said.

Transport Minister Phil Twyford previously described the cowboy operators as "bottom feeders" after a series of high profile cases in which drivers were forced to pay up to $700 to have their vehicles released.

AA said owners off-street parking should also ensure parking signs are clear and illuminated, or put in basic controls like chain-link fences, to reduce the need for wheel clamping in the first place.

"If the parking rules are too complex, or not highly visible, then there will continue to be non-compliance, and it's not fair that motorists should continue to be penalised for that," Stockdale said.