Lines company Vector will not be compensating customers who lost power in Auckland's CBD yesterday, it says. 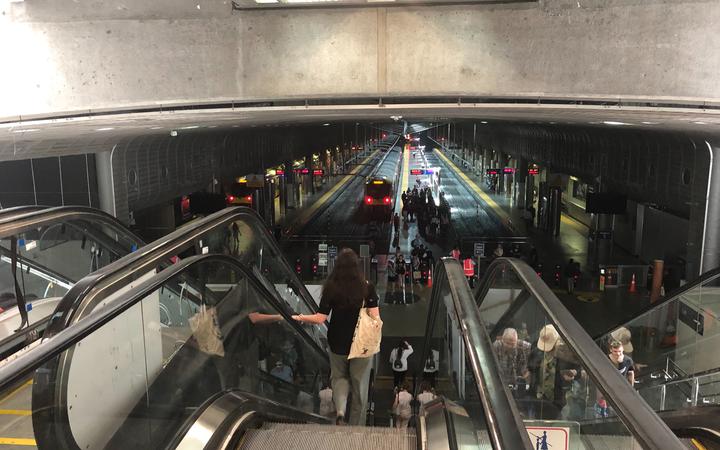 The power is out at Auckland's Britomart train station. Photo: RNZ / Leilani Momoisea

The power outage struck at lunchtime - cutting off much of city centre including Britomart, Parnell and Grafton.

Power was restored by 2pm but by then many businesses had been forced to shut their doors.

Business association Heart of the City said the cuts had a "significant impact" and businesses would have lost thousands of dollars.

A Vector spokesperson said the company aknowledged power outages were inconvenient for customers but it did not have to pay out.

It said outages lasting less than two hours in the CBD did not meet the threshold for compensation.

Vector said it restored power in the central business district within 48 minutes. Power was back on in Parnell within an hour and a half.

The spokesperson said an investigation into the cause of the outage was ongoing and could take several days to complete.