The police are investigating after neo-Nazi graffiti was spray-painted outside a synagogue in Wellington. 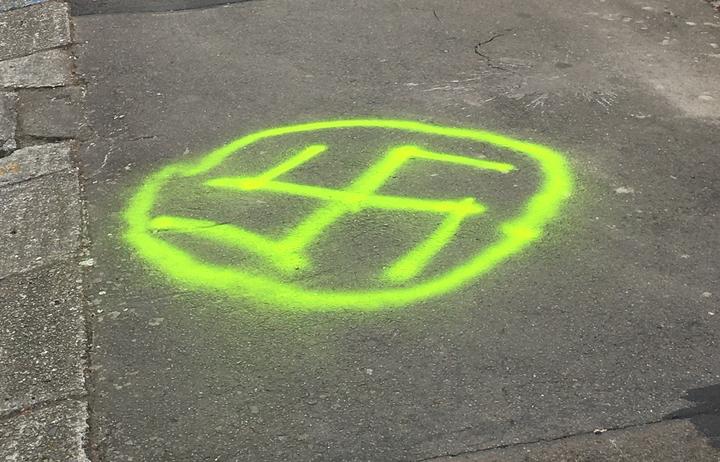 The swastikas were discovered yesterday outside Temple Sinai.

"We must be vigilant to combat this hatred - people need to realise that prejudice and discrimination have no place in our society," he said.

Wellington Jewish Progressive Congregation board chair Matthew Smith said his members were disgusted and worried after the incident.

"It's left our congregates feeling quite vulnerable - we were targeted very specifically - that is our place of worship - it is where we go on Saturday mornings," he said.

Smith said they would continue with this weekend's service and would have security out front as usual.

Police are investigating and say no arrests have been made.