New Zealand needs to be thinking hard about its toolkit to tackle the deadly coronavirus that has so far taken nine lives, an outbreak specialist says. 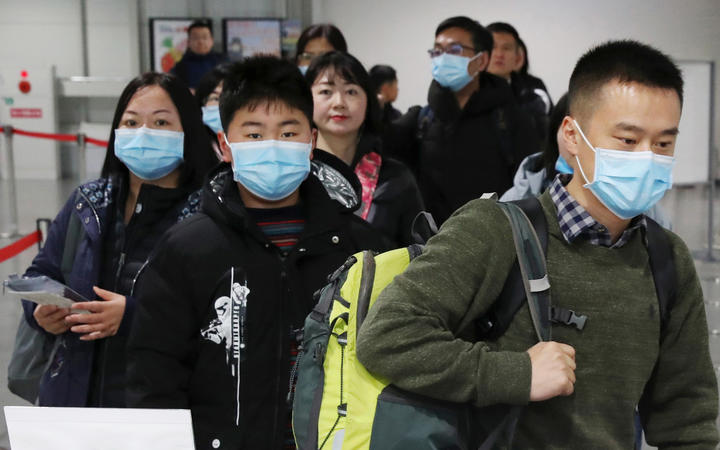 More than 440 people have been infected across major cities in China - as the World Health Organisation (WHO) prepares to decide whether the SARS-like outbreak constitutes an international health emergency.

Authorities in Australia, Singapore, Hong Kong, Taiwan and Japan as well as San Francisco, Los Angeles and New York have stepped up screening of air passengers from Wuhan, a Chinese city where the illness started.

There is no passenger screening at the New Zealand's borders, or no travel restrictions, but Auckland Airport said in a statement it encouraged travellers with any symptoms resembling respiratory illness to seek medical attention and share their travel history with their healthcare provider.

Michael Baker, a professor of public health at University of Otago, said the coronavirus could be dangerous.

"It has ticked several of the boxes already in terms of putting people in hospital and killing some people, and also a high level of person-to-person transmission. It has already affected some healthcare workers, which was a big problem with SARS," he said.

"I think we're really in the critical phase of trying to see what the outbreak is doing in China. It's starting to look like a pandemic because it's starting to infect people outside China, and obviously there's a huge movement of people across borders of China to many countries."

Baker said the meeting at the WHO was going to give public health directions to countries at risk.

"We need to take this precautionary approach that until we have full information about this virus, we need to think very hard about what precautions we need in New Zealand and I think we got a bit of lead from Australia and the United States now in starting to look at measures at borders."

He said thermal screening did not work very well, and risk-based screening targeting flights arriving from China would be more efficient.

University of Auckland vaccinologist Helen Petousis-Harris agreed there was nothing much to do at this stage other than wait and see, but New Zealanders should be worried because it had been evolving fast.

"Lots of countries are cooperating very quickly. It's been less than a month since China reported the first cases to the World Health Organisation and within a week, they had the entire genome of the virus made available to researchers all over the world," Dr Petousis-Harris said.

"The thing that we need to be concerned about is whether we see sustained human-to-human transmission of this infection in at least two countries and when you start to see that, that's when you might consider instigating some sort of border control.

"At this moment, we haven't seen this sustained transmission yet, but the next few days will be telling."

Ministry of Health director of public health Caroline McElnay said the ministry was closely monitoring the international situation and the guidance provided by the WHO.

"Travellers to New Zealand who become sick within a month of their arrival are encouraged to seek medical advice and contact Healthline at 0800 611 116 or a doctor and share their travel history," Dr McElnay said.

"It is important to mention recent travel from Wuhan and any known contact with someone with severe acute respiratory illness who has been in Wuhan.

"The ministry has asked DHB public health staff to ensure copies of the health advice card, in both Chinese simplified and Chinese traditional are available at international points of entry. This provides general advice on symptoms of concern and advises ill travellers to call Healthline (for free) and mention their travel history."

Though there are no direct flights from Wuhan, more than 1500 people have traveled from Hubei, the province where Wuhan is, to New Zealand in January and February (the season for the Chinese New Year) last year, according to Statistics New Zealand.