A 32-year-old man has been charged after a bus carrying a tour group rolled on the Glenorchy-Queenstown road yesterday afternoon. 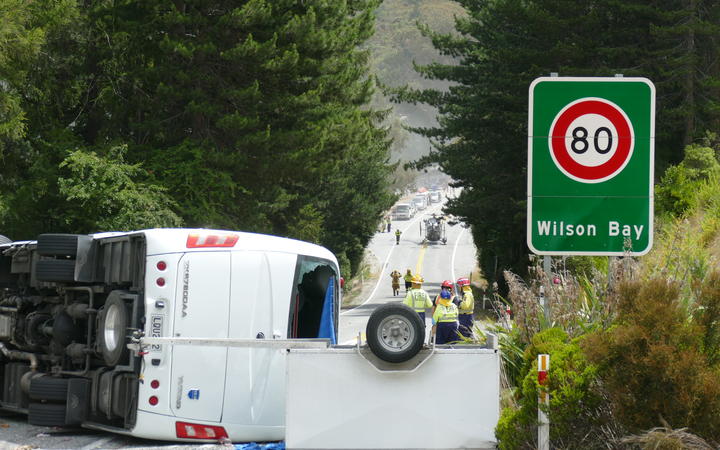 The bus carrying adults and children rolled about 7km south-west of Queenstown, about 1.30pm.

All the passengers managed to clamber out onto the roadside, despite two having serious injuries. One is in Dunedin Hospital and the other in Christchurch Hospital.

The Otago Daily Times reported that they understood that a girl lost both hands in the crash and a woman lost one hand.

Police say the man has been charged with careless driving causing injury.

All the people on board were foreign nationals from China. Consul General Wang Zhijian said the non-injured passengers would return to China tomorrow.

He said he encouraged travellers to become acquainted with New Zealand's rules and customs ahead of their visit.

Police said they were working with MFAT, the Chinese Consulate, and the tour bus operator to support those involved.

The man is expected to appear in the Queenstown District Court on Monday, 27 January.