A bollard replaced at the Hillcrest Cemetery has upset some visitors, with one woman saying it has stopped disabled and elderly people from visiting their loved ones. 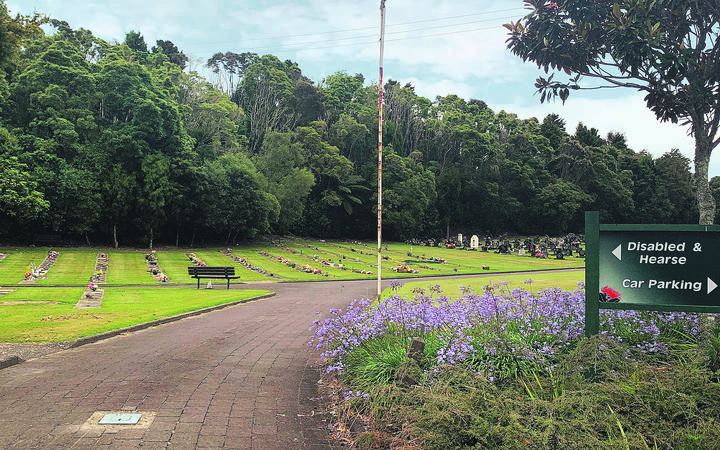 A new bollard was installed at the cemetery in December, at a cost of $380, as a replacement for a previously existing bollard.

The woman, who didn't want to be named, said she visited the cemetery late last year and witnessed two people struggling with access as a result of the bollard.

She said one was an elderly person struggling to walk up the hill. Their companion told the woman they would have brought a wheelchair had they known the bollard would be in the way.

"There is a phone number on the bollard to call if you need it removed, but cellphone reception up there is patchy," said the woman.

"You basically need to make an appointment to visit."

The woman speculated that council had installed the bollard to prevent a certain family from entering the grounds.

She said the family would often congregate, drink, play music loudly and intimidate other cemetery visitors.

"Instead of penalising the rest of us, they should just call the police," she said.

However, Whakatane District Council general manager community services Mike Naude said the bollard wasn't new and no consultation was undertaken for the work as it was replacing a previously existing one.

Naude said the main reason for reinstalling the bollard was an increase in the number of vehicles accessing the lawn cemetery unnecessarily and the potential for damage.

"Section 15 of the council's Cemeteries and Crematoria Bylaw restricts the driving of vehicles within the cemetery to ensure the safety of visitors within the burial area and to minimise risk of accidental damage to headstones and graves," Naude said.

"Mobility-impaired visitors to the cemetery are advised by a sign to request the on-site sexton to remove the bollard if more convenient access is required. The sexton is located at the cemetery during working hours on most days of the week, including some Saturdays. He has also been advising elderly visitors of the times he is available at the cemetery."

Naude said the main access gate to the cemetery was locked at night for safety reasons and to discourage vandalism and unruly behaviour.

"If the council is made aware of unruly behaviour within our cemeteries our security contractors are engaged in the first instance, following which the police would be called if required."