Police are appealing for help after a Christchurch pawnbroker was robbed using a hammer and pole in broad daylight yesterday. 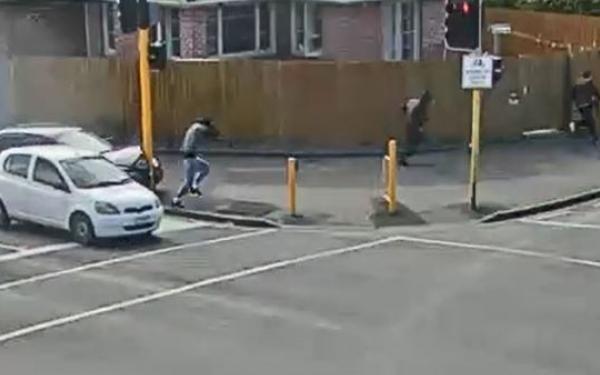 The stolen vehicle was then abandoned after crashing approximately 300m from the Pawn Shop. Photo: NZ Police

Detective Michael Scott said the men smashed display cabinets before making off with jewellery in a stolen black Mazda Atenza, driven by a third man.

He said the stolen car was then abandoned after crashing 300 metres from the shop.

The three offenders then fled on foot along Hansons Lane towards Riccarton Rd.

"While the victims were not injured during the incident, they are understandably very shaken and are receiving support," Scott said.

Anyone with information is urged to call the police.