An ecologist says a call for the introduction of koala into this country is well-meaning, but short-sighted. 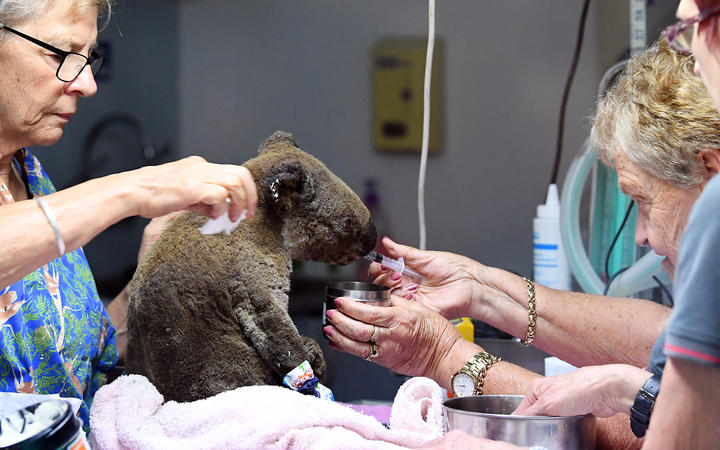 A dehydrated and injured Koala receives treatment at the Port Macquarie Koala Hospital in Port Macquarie after bushfires earlier in the summer. Photo: Saeed Khan / AFP

A petition been launched calling for koalas to be introduced to New Zealand in the wake of devastating wildfires in Australia.

Dr Andrea Byrom said New Zealand's long history of introducing species has not generally gone well and has resulted in devastation for the country's flora and fauna.

She cited the introduction of possums, stoats, rats.

Dr Byrom said the introduction of koala would be a bad idea.

''Like everyone I was completely devastated to see the extent and the nature of the mega fires in Australia and I think we all want to help, we all want to do something and the images of burnt koalas are just awful.''

''It is some way well-meaning people saw to try and take a small step to help.''

Dr Bryom said the best way to help was to focus on helping Australia deal with the situation in Australia and not bringing the problem to New Zealand.

She said with koala predominately focusing on eating eucalyptus it was unknown what its eating habits might be in this country.

''You don't know until a species gets here what other things they may chose to eat, so in terms of our native flora, we just don't know what kind of impact they would have.''

She also sounds a warning about eucalypts growing here. 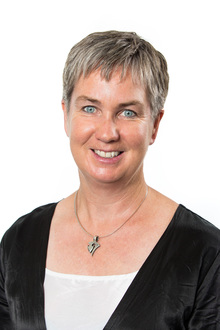 ''It's a forest industry tree which is very important so again we don't really know how much a koala would eat in a given year, but they seem to eat quite a lot, so you don't want to be passing the buck onto an industry sector or the conservation estate or anyone else.''

Dr Byrom said what would happen if koalas were introduced into New Zealand was a complete unknown.

''No-one has even really thought about it or talked about it until we had the fires in Australia. We are much better off rehabilitating and regenerating species in Australia.''

Dr Byrom was worried that the petition focused only one species.

''But actually we should all be concerned about whole systems, habitats and ecological communities being lost in Australia and that is the thing we should help Australia focus on now to rebuild and regenerate those ecosystems to provide habitat for koala in Australia where they come from.''