The search for two snorkellers has resumed in Wairarapa today as police express grave concerns for their safety. 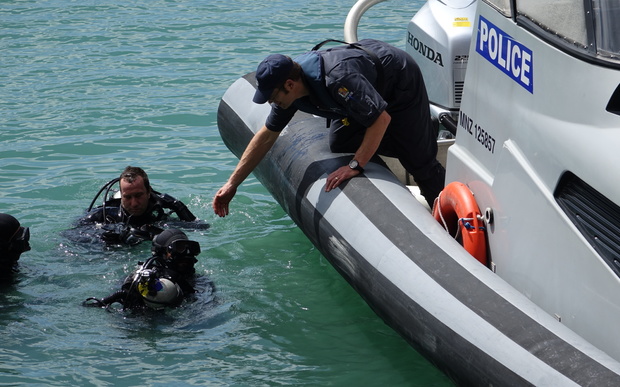 Police are carrying out a shoreline and sea search for the father and son. Photo: RNZ / Lauren Baker

The police say a rescue helicopter is carrying out a shoreline and sea search for the father and son who went missing yesterday while diving for paua.

The Police National Dive Squad is also out this morning.

A further low-tide search by another helicopter is expected to take place around 1pm.

Sergeant Tony Matheson of Wairarapa Search and Rescue says they have grave concerns for the pair's safety.

Police were alerted to the missing pair at 11.34am yesterday, after they failed to return to shore from snorkelling for pāua near Mataikona.

A large number of private fishing vessels that were part of a fishing competition also helped, without success.