The head of a leading South Auckland social agency has taken a swipe at Mayor Phil Goff's assessment of the biggest problems facing southern communities.

Goff, in an interview in November, admitted there had been "a degree of neglect" in Auckland's south since the super city's formation in 2010.

The most pressing issues facing the south were housing and transport-related, the mayor suggested, however, he struggled to name projects due for completion in the first year of his second term in charge.

But those working in South Auckland said the region's challenges were more complex than a lack of housing and transport options.

Rachel Enosa, chief executive of Cause Collective, was not impressed with Goff's responses, taking to social media to say her organisation saw emphasis placed on bricks and mortar, with "very little thought given to the impacts on existing residents".

There was little thought given by authorities to unintended consequences "for the people that the mayor refers to as living in some of the most disadvantaged areas in Auckland", she said.

Cause Collective is largely funded by government contracts and runs on about $5 million in operating revenue.

Enosa, who leads 31 full time staff, said it would be difficult for Auckland Council to make progress in the south if it failed to properly "engage on the ground with the people".

"And it is broader than just housing and transport," she said.

"It's about how we plan our neighbourhoods, and our communities, our green space and how we include people in the discussions about those areas with the cycleways, the parks, all of those things."

Auckland Transport's Te Ara Mua Future Streets programme, completed in and around Māngere central, was one example of a project where those most impacted felt they had little say, according to Enosa.

"Most of the residents told us that they know nothing about the cycleways or what the implications would be for them in terms of parking their cars and also the impact of the road planning around the school area," Enosa said.

A recent, mid-week visit to Friesian Drive in Māngere showed numerous residents were simply parking over the cycleways. And over one 30-minute period, not one cyclist was sighted. 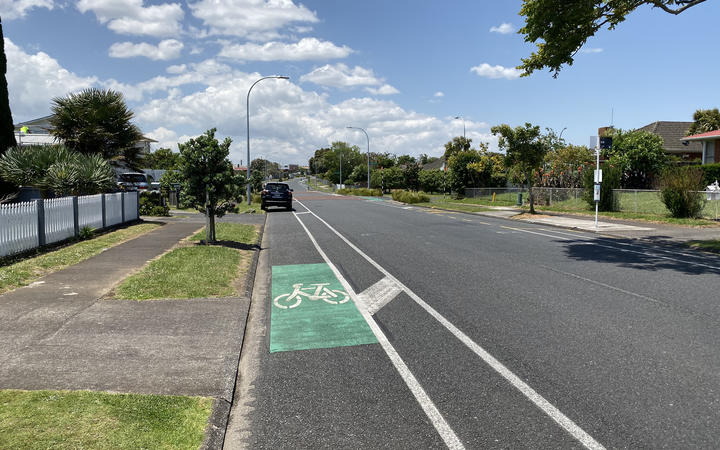 Enosa wanted to see Auckland Council look at new ways of "engaging and mobilising" the region's south when it came to decision making.

"And what works for some parts of Auckland is not going to work for all," she said.

"Certainly in South Auckland we have our own way of engaging communities, particularly those that are high need."

South Auckland councillors have already expressed dissatisfaction with some region-wide policies, such as changes to waste management, which they say have not worked in parts of the south.

Councillor Angela Dalton earlier this year suggested changes under Auckland Council's Waste Management and Minimisation Plan were bad news for her constituents in the Manurewa ward.

Kerbside inorganic rubbish collections were axed and replaced with a pre-arranged pick-up under the plan.

The policy was "not delivering outcomes for many parts of Auckland that are in that low-socio bracket", Dalton said.

Responding to the criticism, a spokesman for the mayor's office said: "We know, from repeatedly talking to Aucklanders around the city, including in south Auckland, that transport and housing are key issues that Aucklanders want addressed.

"That said, the mayor's position has always been that urban regeneration needs to be good for existing as well as new communities as well as incorporating urban design principles."