The windscreens of 17 cars were smashed on a Wellington street overnight with what appears to be a hammer. 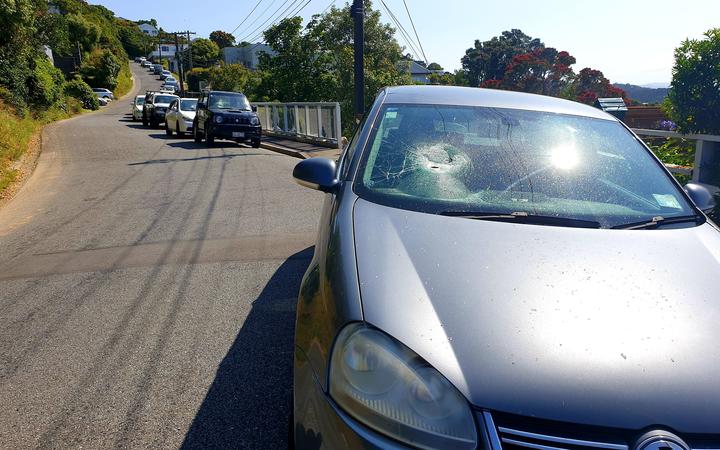 The owners of the cars on Whaui Street in Vogeltown have alerted the police.

In the early hours of the morning, Rob Blakemore heard what he believed was someone attacking cars on the street.

"A number of us think it was around 3.30am," Blakemore said.

"I know I heard a bang and thought it was the next-door neighbour's house, which is unoccupied and I thought I'd just check it. I looked out the window but saw nothing.

"Didn't think of coming up on the street, but others heard the same."

It was only later in the morning when Blakemore realised 17 cars had their windscreens smashed, and only on one side of the street.

Residents believe the offender used a hammer to smash the windows, due to the large holes the strikes have created.

Robert Bevan Smith said he was woken by a neighbour and went out at about 9.30am to check on his car.

"Sure enough, [the] windscreen was smashed so I can't drive the car because I can't see through it, which is a real pain," Bevan Smith said.

"I reported it to the police and I don't think they'll do anything about it.

"Now I'm stuck. The car will have to be taken away on a truck, it will cost me several hundred dollars to get a new windscreen. What am I to do?"

Bevan Smith said many others were in the same boat.

Police said they had received several calls about the windscreen smashing.