Corrections says a Waikato prison still has plenty of toilet paper amid an outbreak of a gastrointestinal illness. 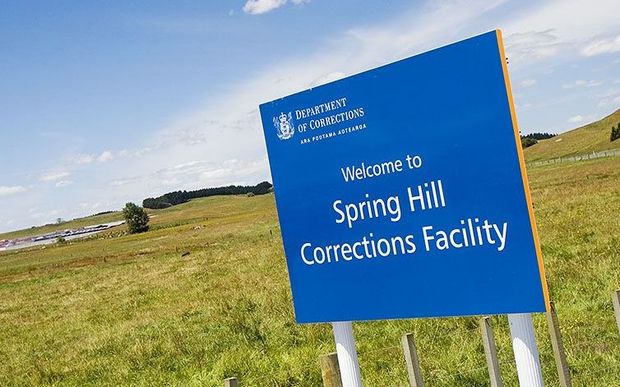 Forty-seven prisoners at Spring Hill Corrections Facility have become unwell since Christmas Eve, with one confirmed case of campylobacter.

There are 879 prisoners on site and the Waikato District Health Board's public health service is working to determine the source of the infection.

Acting prison director Megan Tuhoro said four of the sick prisoners were taken to hospital for assessments as a precaution due to existing health conditions, but none were admitted.

Registered nurses are on site monitoring the sick prisoners.

The facility will continue to work with the local public health service to find the cause of the illness.

Campylobacter can come from contaminated food or water, handling of animals, cross contaminating chopping boards, or not washing hands properly. People with campylobacter can become unwell two to five days after contracting the infection.

Tuhoro said all meals at Spring Hill Prison are prepared in industrial kitchens with supervisors following the National Control Plan.