A man has been arrested after a tractor with a hay-baler was taken and driven into Manawatū River at Foxton Beach. 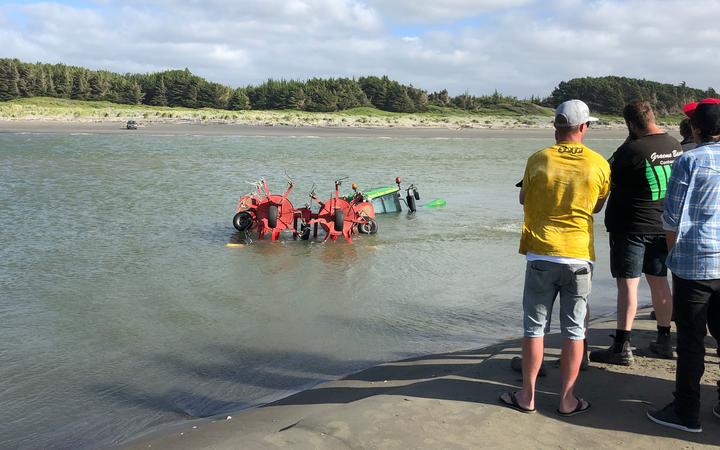 The tractor and hay-baler stuck in the Manawatū River at Foxton Beach. Photo: Supplied / Tim Cook

Police were called to the river mouth this afternoon by people who saw a tractor towing a baler being driven through the sand dunes and into the water, where the driver had to be pulled out by a member of the public.

A 51-year man has been arrested.

Levin police say the man has been charged with driving while disqualified, wilful damage and receiving stolen goods.

The man will appear in the Palmerston North District Court on Monday.

A digger is currently working to remove the tractor and hay-baler from the river.