Banning single-use plastics, using compost toilets and not providing bins are just some of the ways festival organisers are trying to reduce waste music events produce this summer. 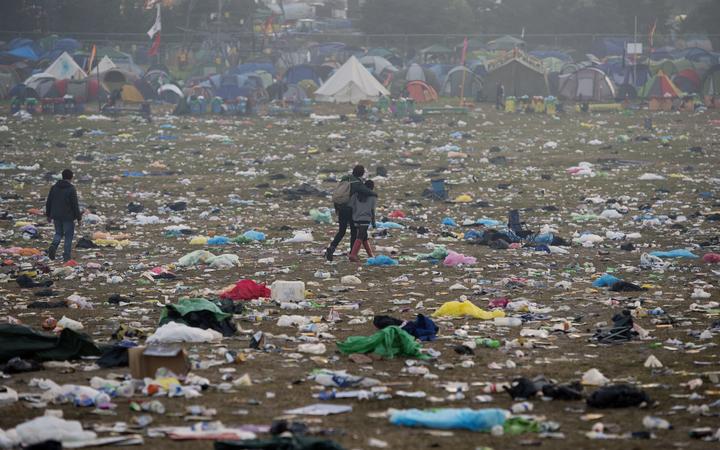 Glastonbury festival organisers have introduced measures to counter the huge amount of waste being sent to landfills after the annual event. Photo: AFP

This year, Glastonbury festival in the United Kingdom, attended by 175,000 fans, banned single-use plastic bottles, following reports that more then 1.3 million were used in 2017.

A 2015 report by the British non-profit think thank, Powerful Thinking, said the festival industry in the UK was producing 23,500 tonnes of waste every year, 68 percent of which went straight to landfill.

A 2016 report which was prepared for the Californian city of Indio Community Development Department found that the Coachella Valley Music and Arts Festival, which draws 250,000 people every year, produced 106 tonnes of solid waste every day. The festival runs across two weekends.

Data on the amount of waste New Zealand festivals typically produce is thin and hard to come by. However, a number of smaller festivals have signalled that they want to set an example, by showing what can be achieved when waste reduction is made a top priority.

The organisers of the five-day Twisted Frequency festival in Nelson, which runs from 30 December until 3 January, have outlined a number of measures ticket-holders can take to reduce their "doof print".

The 1500-2000 music fans who will descend on Cobb Valley for the event are encouraged to leave single-use plastics at home, use organic cigarette filters and avoid bringing wet wipes.

Food vendors are also required to use only compostable plates and cutlery.

The event's core organiser, David Tait, said the initiatives were about getting people to respect their natural surroundings during the festival.

Twisted Frequency will also charge people who want to dispose of non-recyclable waste.

Tait said it was a way to incentivise people to avoid using materials that cannot be either reused or recycled.

"Obviously, we will take rubbish bags if they are around, we are not going to ever let people have to take responsibility for them [if they are dumped]."

Tait said recycled waste would be taken to a recycling plant, and all compostable waste would be placed in the compost toilets which goes into the ground on a nearby permaculture farm.

He said minimising waste should be a core value of all festivals, regardless of their size.

"It's about doing the right thing, so if you have a larger event you're making vastly larger amounts of money and you can put those resources and energy into properly recycling and creating a culture of waste reduction." 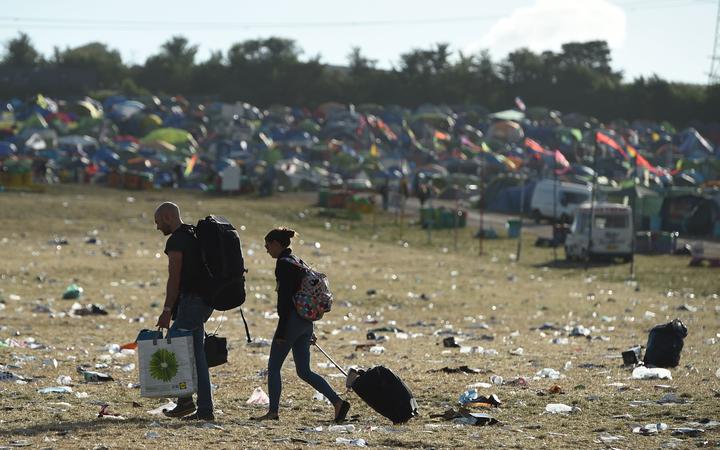 The Tora Bombora festival in the Wairarapa is taking a somewhat radical approach to minimise the waste going to landfills.

Organisers will not provide bins at its three-day event in January in an effort to make the 700 attendees more conscious of the waste they produce.

Event director Louis Muprhy-Harris said he was inspired by the Splore and Luminate festivals when he introduced the practice at the inaugural Tora Bombora festival last January.

Instead, he said people will be provided with Kesava root plastic bag alternatives to make them "guardians of their own waste".

"People will become conscious of how much rubbish and how much waste they are using and they have to protect it and look after it during their time [at Tora]."

Murphy-Harris also said single-use plastics would be banned, and fans would receive messages before the festival on the the best alternatives.

He said it was possible for larger festivals to adopt similar initiatives.

"Sure, when it gets to 20,000 people or something like that, like Rhythm and Vines, it is a lot harder, but it is about just driving that message home and communicating tips and giving advice to the attendees.

"You can't entirely leave them to their own devices."

Rhythm and Vines event manager Dan Turner said he loved the concept of giving attendees rubbish bags but did not think it would work at Rhythm and Vines because the event attracted a young demographic of inexperienced festival-goers.

"That involves packing up your tent and taking it with you." 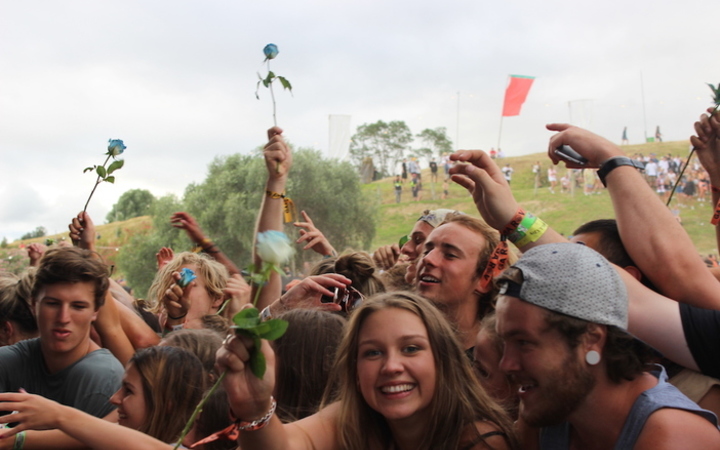 Those attending festivals such as Rhythm and Vines are usually young and will need to be encouraged to show some responsibility about the environment, the festival organiser said. Photo: The Wireless / Kate Robertson

This year, the British Association of Independent Festivals estimated that 250,000 tents were left at events across the United Kingdom each year. The report said the average tent, which weighs 3.5kg and is mostly made of plastic, is the equivalent of 8750 straws or 250 plastic cups.

Turner said people purchasing cheap tents, using them for three nights, and abandoning them at the festival's campground when the music is over has become a major issue.

He urged attendees to buy better tents, look after them and take them home when Rhythm and Vines ends on New Year's Day.

"Spend a bit more money and buy something that you can use again and again and take it with you.

"I think the message is to be responsible, the stuff that gets left behind it's a significant amount. You know, off the top of my head I think we were circa 35 tonnes of waste to landfill last year.

"That's a number that we want to reduce."

Turner said organisers had taken a number of steps to tackle the amount of waste the event produced.

The event will not use any single-use plastics, it will require food vendors to provide customers with compostable cutlery and food containers, it is trialling on site composting and people will be issued a reusable cup to be used for any drink purchases.

Turner said the festival was trying to do its bit and it would love to gain the buy-in from its customers.