Orewa Beach on Auckland's North Shore is again closed due to shark sightings this afternoon. 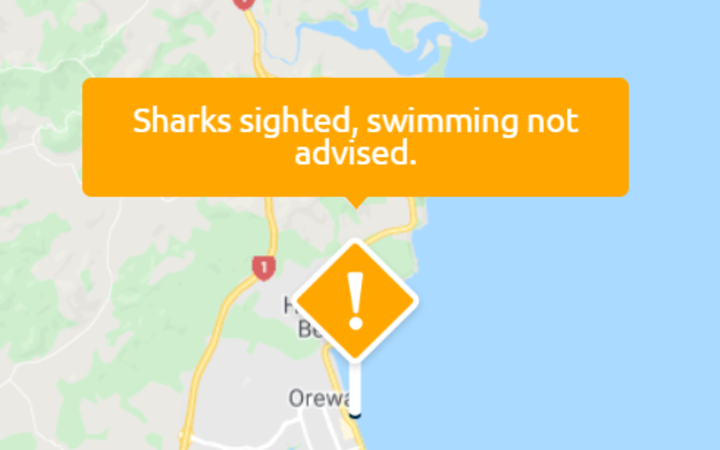 A police Eagle helicopter which happened to be flying over the beach shortly before 4pm spotted two sharks from above and notified Surf Life Saving Northern Region.

One shark was between 200 and 250 metres from shore, the other was further out, police said.

There were other sightings of a shark in the area this morning, prompting alerts for Orewa and Red Beach to the north.

The popular swimming beaches have faced numerous closures over the last few days due to shark sightings, some of them for sharks about two metres long.

A Surf Life Saving spokesperson said none of the sharks had displayed aggressive behaviour and the main threat to swimmers was unpredictable currents, waves and rips.