Two lanes on the Auckland Harbour Bridge will close tomorrow morning for up to 10 days while the Transport Agency completes maintenance. 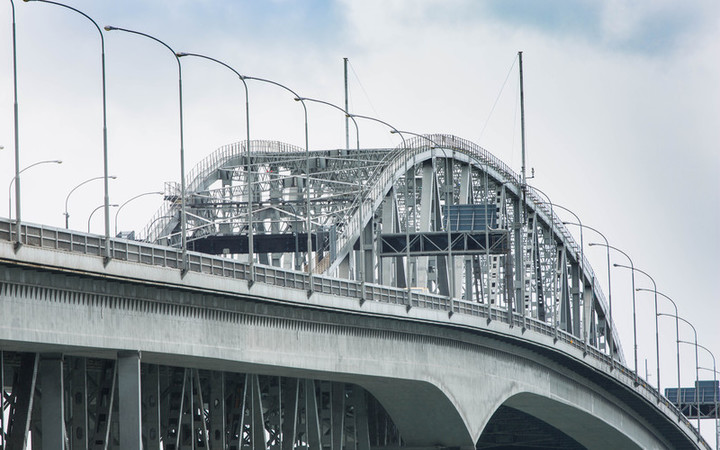 The two southbound clip-on lanes will close. Shelly Beach Road off-ramp will also close while access to it from Westhaven Drive will operate on a stop/go system.

Three lanes will remain open in both directions over the bridge until the work is completed.

The Transport Agency's Auckland system manager, Andrea Williamson, said the lanes were being resurfaced for the first time in two years.

"The resurfacing process on the bridge requires 3-5 days to 'cure' before allowing traffic on it, so while it may look as if nothing is happening the team will be using the closure for other maintenance tasks," Williamson said.

"We're expecting traffic to flow well in both directions and weather permitting, the bridge will be fully opened before most people return from their Christmas break."

NZTA said motorists should consider using the North-Western Motorway (SH16) and SH18 as alternatives if there were any delays.

The Harbour Bridge is one of the busiest sections of motorway in Auckland, with more than 170,000 vehicle movements on an average day.