Defence Force personnel stationed overseas will be adding some Kiwi flavour to their festivities.

About 150 members of the Defence Force are deployed overseas during this festive season. They'll get a Christmas meal and downtime where possible, and share the day with people from other nations.

Todd Meredith is based in Jerusalem at the United Nations headquarters and says it will be a biblical Christmas - he's travelling to Bethlehem for celebrations.

"Being so close to where it all began, so I'm quite lucky to be able to do that," he said.

Although, Meredith said he will miss the boat and fishing, along with being on the beach.

Captain Edward Clapham is based in Camp Taji in Iraq.

He said that's a world away from farm life in Southland and the plan on Christmas Day is to have a big meal with others on base. Cricket is also on the agenda.

It felt very festive on base, he said, but he did miss some home comforts. 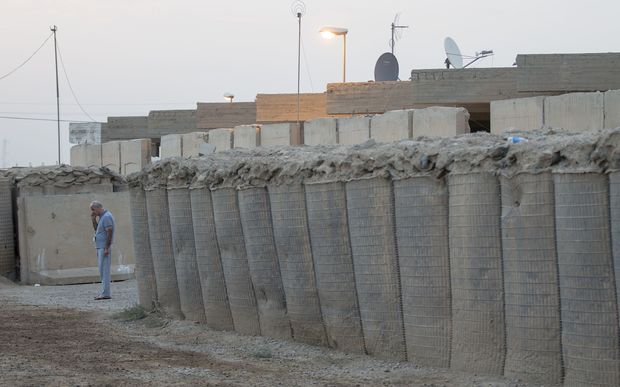 Blast protection barriers at Camp Taji make it look imposing, but there's a festive feel on this base this Christmas. Photo: Pool Photo

"Probably just being able to see friends and family, loved ones, and all that kind of good stuff - being able to enjoy a nice cold beer on a sunny afternoon is something I'm going to be missing," he said.

Sport is also on the agenda for personnel stationed in Antarctica.

Navy medic Max Neustroski is working as a communicator and leaves behind family in Gisborne.

He said Christmas lunch would have all the trimmings, including a selection of meats, salads, vegetables and desserts.

However, he said if the snow played ball, some snow cricket would be on the agenda too. 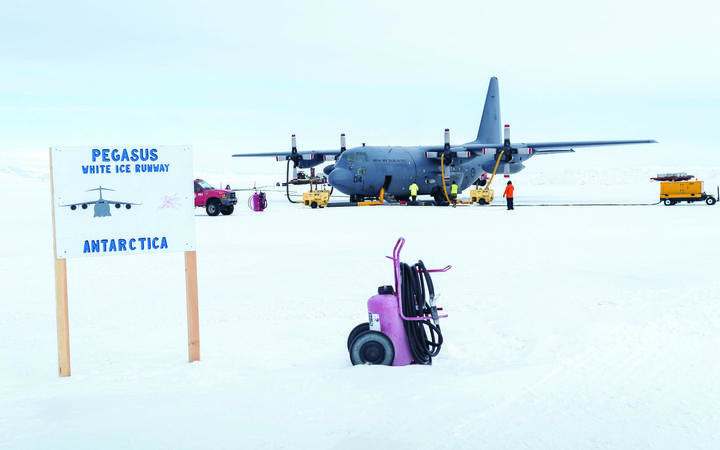 An NZDF plane at the Pegasus Airfield in Antarctica. Photo: NZDF

"We've organised the potential for some snow cricket - we don't have the beach here, but we've got the snow."

Lieutenant Colonel John Coleman is based in South Korea and works an Education Officer.

It's his third time away for Christmas - but luckily for him - this year his wife has come to visit.

"She's going to arrive on Christmas Eve - which is really nice - but my three daughters will be in Wellington and they'll be having Christmas together - but certainly not with me," he said.

He said he missed the traditional Kiwi summer, along with BBQs on the beach.

WATCH || Meri Kirihimete from all of us at the NZ Defence Force#Force4NZ #Christmas pic.twitter.com/lqmtOhUyvx

NZDF said in a statement it thanked every one of its personnel for their " professionalism, courage, commitment, comradeship and integrity", and wished them all a Merry Christmas.