A tourist who murdered his wife in a Nelson hotel last year acted for entirely selfish reasons and devastated family members, a judge has told the High Court in Nelson. 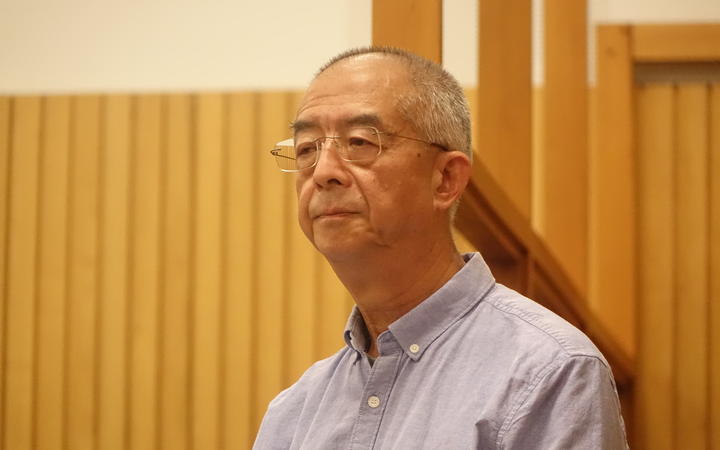 Chinese-born Swiss national Bin Jiang will spend at least the next 10 years in a New Zealand prison for strangling his wife to death. Photo: Tracy Neal

Chinese-born Swiss national Bin Jiang, must now spend at least the next 10 years in a New Zealand prison, for strangling his wife to death while they were on holiday last April.

Justice Jan-Marie Doogue said in sentencing today that not only had she been struck by the effect on an immediate family member, but by Jiang's lack of remorse.

The trial last month heard how the Swiss-based professional couple had grown to want different things, which had caused [https://www.rnz.co.nz/news/national/403207/tourist-murder-trial-court-told-woman-suffered-in-the-marriage

increased tension in their 40-year marriage].

Jiang, 63, and his wife Yanyan Meng who was 62 at the time, were part of a tour group travelling New Zealand when they reached Nelson in April last year.

Late at night, a violent struggle took place in their hotel room, which other guests said later they had heard.

"In or around September 2017 you began messaging an old classmate in China. You were in love, and having an emotional affair with her.

"Ms Meng found out about the messages on your phone, between you and your former classmate."

Ms Meng had taken photos of some of the messages, which she sent to her brother, along with voice messages in which she expressed her anger.

Jiang became incensed when Ms Meng asked her brother to forward the messages to Jiang's family.

He strangled Ms Meng after trying to get her phone.

Jiang said he blacked out and woke up to find his wife dead, but Justice Doogue said the jury clearly disagreed. 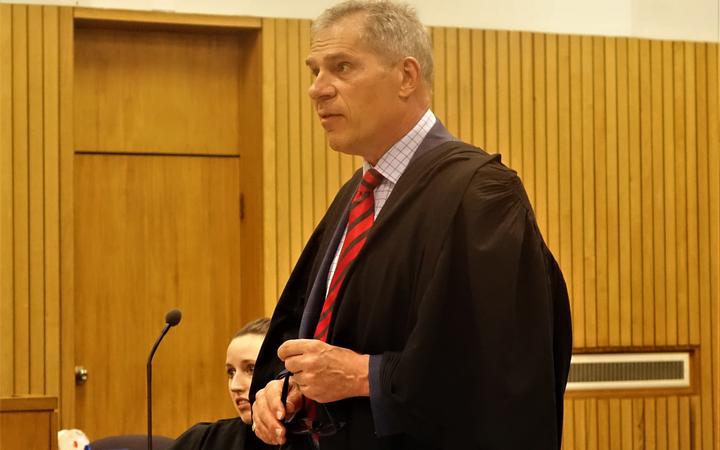 "The medical evidence suggests you strangled Ms Meng using your hands, applying pressure to the sides of her throat - pushing in with a crushing motion.

"This must have taken some time, and while she initially fought back, she ultimately succumbed."

At some state later Jiang checked his wife's pulse and established she was dead.

"You then placed her on the double bed in the hotel room and covered her with a sheet.

"Shocked by what you had done, you attempted to commit suicide by taking several sleeping tablets and drinking a small bottle of wine."

The Crown argued it was an intentional killing, but the defence said it was not.

Jiang's lawyer Tony Bamford suggested that the case might be one that warranted a finite sentence rather than life in prison.

He said some comments in the pre-sentence report were not a fair reflection of Jiang's views over what he had done.

Prosecutor Sefton Revell said it was not a case that warranted the court to take a merciful approach, because there were no exceptional circumstances, such as Jiang being a foreign national.

"New Zealand has a responsibility as a global citizen to uphold its rule of law; uphold the sanctity of life and the standards and processes of justice."

Mr Revell said that was especially so in the case where there were victims of serious crime.

He said not upholding those principles would create a double-standard for offending by foreign nationals in New Zealand.

Justice Doogue agreed with the Crown, in that Jiang being a foreign national was irrelevant.

She said he had killed his wife to prevent his family finding out about his emotional infidelity, and that family members had suffered greatly.

"Mr Jiang - the act of killing Ms Meng was an entirely selfish one.

"In my view there are no circumstances that would make it manifestly unjust for you to serve life imprisonment.

"That is therefore the sentence I will impose."

The sentence carried a minimum prison term of 10 years.