There are plans to fly a helicopter with equipment to map groundwater over the Ruamahanga catchment in Wairarapa next year, bringing money and jobs if a sustainable deep groundwater source is found. 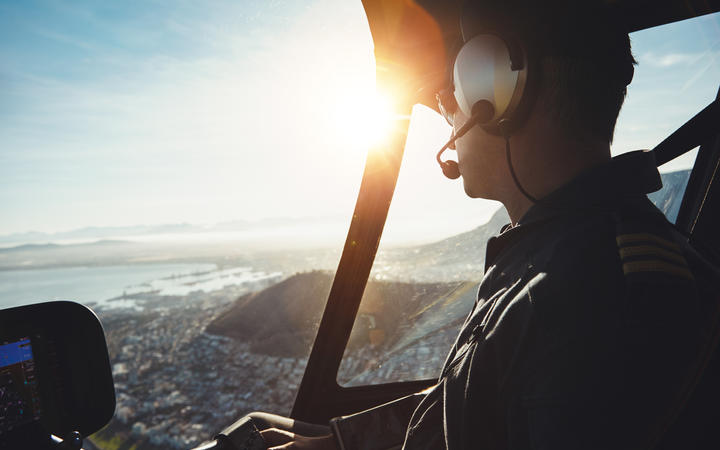 The council authorities plan to fly a helicopter with equipment to map groundwater over the Ruamahanga catchment. Photo: 123RF

Masterton and Carterton district councils will tomorrow consider supporting an Aerial Hydrogeology Survey of the Ruamahanga catchment without the private sector putting money in.

The Wairarapa Water Resilience Committee had asked commercial and industry interests if they were prepared to fund $250,000 and the three Wairarapa councils $250,000.

MDC and CDC had previously agreed to their contributions if commercial and industry industrial interests stumped up with their's. SWDC agreed with no tags.

The private interests didn't come through so Masterton and Carterton have to remove the requirement that they should, which is the decision being made tomorrow.

The funding and scope of the project is evolving because funding is also being sought from the Provincial Growth Fund.

Initially it was planned to survey half of the Ruamahanga catchment at a cost of $1.5 million.

A report to CDC said for another $1m the whole valley could be surveyed.

It's hoped the survey could lead to better-informed decisions about water use and a better understanding of its availability from underground sources.

Greater Wellington Regional Council (GWRC) oversees groundwater and its knowledge of the resource is limited so it has taken a reasonably conservative approach towards water allocation, according to reports to the councils for the decisions. It uses bores and monitors wetlands to understand groundwater.

Hawke's Bay Regional Council is using Australian company SkyTEM to survey its aquifer system this summer. It believes the system is more complex that previously thought. While the equipment is here it has provided an opportunity for the Ruamahanga catchment be surveyed.

The equipment, including a magnetometer, laser altimeters, video cameras and GPS is flown below a helicopter on a frame.

Costs include $6000 a day for the technology, the helicopter and a crew from Perth, according to a report on the Hawke's Bay survey.

The goal is to identify where water sources originate, intersect and merge.

GWRC has prepared an Aerial Hydrogeology Survey application for the PGF, seeking $820,000 and is also prepared to use money previously earmarked for bores, the reports said.

The survey will identify groundwater sources, rock layers, the location of deep gravel aquifers, their connectivity to rivers and lakes and where they might be vulnerable to contamination.

The information will then be used to inform the allocation of the water.

The report to CDC said it was probably not surprising attempts to raise funding from industry and farmers had not been successful.

"This is mainly because, firstly there is not an existing body of all these interests that could fund the project on behalf of the sector, and secondly because it was not possible to create a product or promote the survey as something that had a specific value in a way that individual businesses could consider it as an investment.

"The survey project will have a general benefit to all current and potential future groundwater users. Asking a few individuals to fund a public good project to the value being contemplated was never going to be easy, and in this case has proven not possible."

The survey has potential to help a range of situations, including the difficulty of accessing surface water resources to supply some areas with high quality reliable water such as Martinborough.