A former school teacher has been jailed for two years and six months for sexual misconduct involving two students. 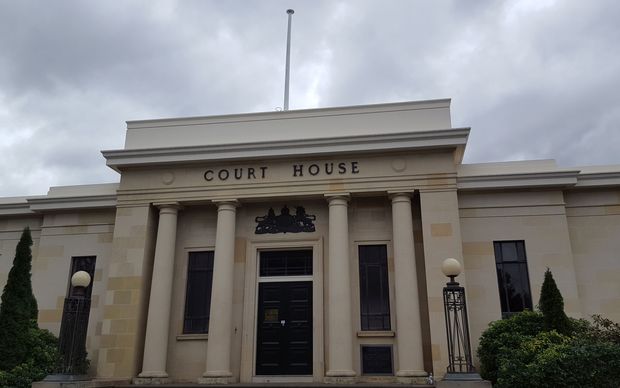 The 37-year old woman has admitted seven charges of sexual relations with minors and two of sending sexual material to minors.

In sentencing in the Blenheim District Court today, the judge said what the woman had done was a gross breach of trust.

The judge declined to grant permanent name suppression, but suppression will remain in place because defence says it will appeal that decision.

She is to be registered as a sex offender.

One of the minors told court earlier that believed he was in a relationship with the woman.

The relationship began with messages sent by text, that escalated into a relationship described in court as one of trust.

The pair met on several occasions over the next year, and the boy believed they were in a relationship.

The woman began sharing explicit photos of herself via private social media platforms, and another student was invited to join in.

A series of illicit meetings then began with two students.

Before sentencing, Mark O'Donoghue - acting for the Crown - said aggravating factors of the offending included the age difference between the offender and the victims, her occupation as a teacher, the frequency of the offending, and the fact that there was full penetrative sex.

He said the offending was a significant breach of trust, and that she attempted to manipulate and control one of the victims by saying she would self harm if he ended the relationship.

Mr O'Donoghue said the students - who are of Māori or Pacific Island decent - were from a more private and reserved culture making it harder for them to say no to a person of authority.

He said home detention would be totally inadequate, given the breadth and scale of the offending.

Acting for the defence, Jonathan Eaton QC said the consistent, genuine and powerful message from the defendant was that while she struggled to articulate why she offended, she took full responsibility for it.

He denied the situation was one where she displayed a high degree of control or power over the victims.

Mirialm Radich for the defence said the defendant had a long running struggle with severe mental illness, including self harm.

She said the defendant was profoundly sorry for what she did to the victims, and that the shame was on her, and not them.

Ms Radich said the defendant is a devoted and caring mother, and an excellent teacher.

She said the defendant acknowledged that her actions would always taint people's perceptions of the school and she was sorry for that.

Ms Radich said the defendant had no previous convictions or appearances in court.

The defence asked for a sentence of home detention so they she could stay with her husband and two young children.

The summary of facts

The police summary of facts state the defendant was head of languages faculty at the school and was a wellness coordinator.

She met the first victim while working on a combined schools production, and began to text him daily.

They would spend lunchtimes together, when she would talk to him about her mental health problems and that life was getting too hard for her, and that she needed someone to talk to.

They built up a trust, which led to the defendant getting "flirty" with the victim.

One lunchtime in 2018 she took the victim to a local carpark in her car and gave the boy oral sex.

She drove him back to school, and on the way, told him "don't tell anyone".

They had intercourse and oral sex at parks several times after that.

The victim said he believed he was in a relationship with the defendant, who told him she loved him. She also told him a number of times that she would harm herself, which made the victim feel he had to stay with her.

During this time, and when the victim was 15 years old, the woman would send him naked pictures of herself.

Later in 2018 the victim added another teenage boy to a group chat that involved the woman, and the three of them talked sexually.

The trio drove to a carpark where they engaged in sexual activity.

The woman and the second victim met several other times after that and had intercourse.

When the second victim tried to end the "relationship" she kept messaging him, telling him she loved him.

Judge Tony Zohrab said the overarching aggravating feature of her offending was that as a teacher she knew how bad an impact it would have on young people developing and growing a sense of themselves and their self worth.

He said she was in a position of authority and she that groomed the boys in a premeditated way over a long period of time.

In sentencing her, the judge took into account that she had never offended before, her genuine remorse and her good work in the community.