A garment factory fire in India which killed more than 40 people this week is highlighting the need for New Zealand to do their bit in order to keep factory workers safe. 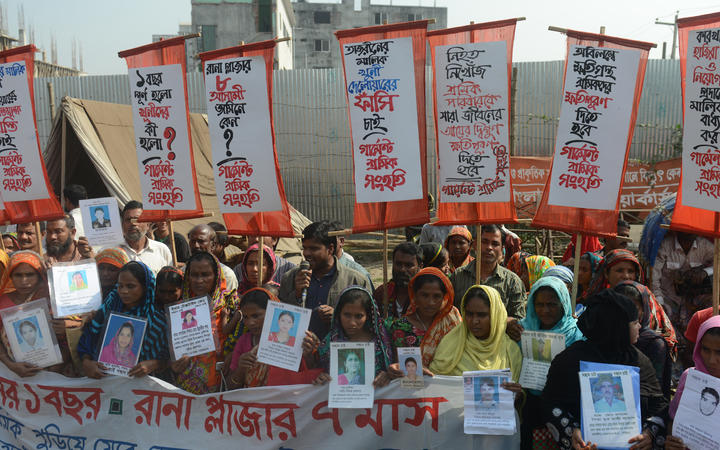 Survivors and relatives of Bangladeshi garment workers killed in the Tazreen Fashions fire accident and Rana Plaza garment factory building collapse gather for a demonstration. The Ethical Fashion Guide was launched in response to the fire. Photo: AFP

Aid organisation Tearfund is urging the country to be clothing conscious following a large fire that swept through a bag factory in the Indian capital Delhi, killing 43 workers.

Tearfund CEO Ian McInnes said: "The factory was making, garments, caps and school bags and didn't have a fire safety certification. The fire was thought to have started by a short circuit."

The company "put profits ahead of lives as is the case in this tragic event. This is an example of illegal factories who pay their workers a pittance and have no safety standards - they are still rife in the fashion industry," he said.

"Initiatives such as the New Zealand Ethical Fashion Guide, are making a real difference and we have seen many clothing manufacturers making strides in tracing their supply chains back to the source and making sure workers aren't exploited in the process."

The Ethical Fashion Guide was launched in response to the Rana Plaza fire in Bangladesh, and since then the guide has seen many clothing labels improve the way they look after their workers throughout the manufacturing chain.

He suggested the public use the guide to buy from labels taking the welfare of the workers seriously to avoid tragedies such as these from occurring.