Whakatāne locals say the community has been hit hard by the tragedy at Whakaari / White Island. 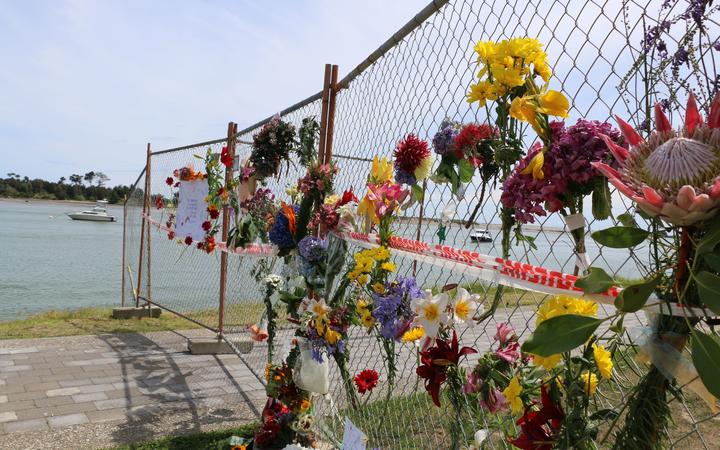 Tributes on a fence in Whakatāne on Wednesday after the Whaakari / White Island eruption. Photo: RNZ / Eden More

They are looking to do what they can to help but are hoping tours to the volcano will continue.

The eruption was a shock for Buster Rangitakatu, who runs Eye in the Sky Drone Services in Whakatāne.

"My partner used to work for that company a few years ago so she's got a lot of friends who still work there and had been affected so it was pretty gut-wrenching really," he said.

When he heard what happened, he wanted to do what he could to help.

"I just offered my services to the Civil Defence and the police, I've got specialised drone equipment for tackling this type of work and it's a lot safer to utilise this kind of technology at this sad time," he said.

But Rangitakatu said authorities have not yet taken him up on his offer.

Dozens of people have been going to the cordon at the Whakatāne Boat Ramp to lay flowers for those who died.

Te Manuka Tutahi Marae has been offering kai for those affected and said they had been inundated with donations.

John Bluett from the Whakatāne RSA said they were also looking into where they were able to pitch in.

"Our motto is people helping people ... we'll fit in wherever we can," he said.

"I've got a meeting with some of my executive tonight ... I've got four, five of the committee coming tonight and that'll be something we discuss."

He said one of the tour guides who died in the eruption, Hayden Marshall-Inman, was a member of the RSA.

Bluett said he struggled to believe what happened.

"You didn't realise how big it was," he said.

"When you live in Whakatāne eruptions on White Island are quite common but then you hear reports that people have been killed."

Brent Smith, who runs Whakatāne Great Outdoors, said the town was plunged into a somber mood.

"It was a terrible, terrible day. It was quiet. Business was very slow and I even had to try and buoy my staff up a little bit," he said.

"One of the victims ... was a very good customer of ours, as is the family so it has hit us hard. That's the concern, right on Christmas - we couldn't have wanted it worse really."

But Smith said he was concerned about the future of tours at Whakaari / White Island. 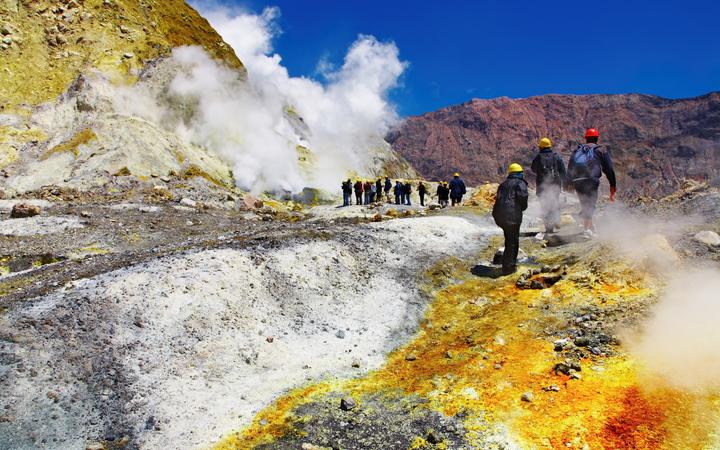 People on a previous tour of White Island. Photo: muha/123RF

He said it was an internationally known destination and his store got a lot of foot traffic from the tours.

"A lot of our focus, particularly in the summer months is focussed towards adventure tourism which of course White Island Tours is classed as," he said.

Smith was advocating for them to continue.

"My argument is that this is a freak of nature, as tragic as it is - do we stop people from going to Mount Ruapehu skiing because that is a volcano that has erupted as well," he said.

"For me, the pulling out of White Island tours would be devastating, not just for Whakatāne but for the wider Eastern Bay of Plenty."

The Eastern Bay Chamber of Commerce said the tragedy at Whakaari / White Island had affected the entire Whakatāne community.

The Chamber of Commerce said it would support and advocate for Whakatāne businesses wherever it could.

"Where there is adversity, there is also strength and in the coming days and months our community and business community will show its resilience," it said.