The announcement that $9.6 million Provincial Growth Fund monies will be spent sealing the last few kilometres of metal road on State Highway 43 in eastern Taranaki is being met with a degree of scepticism. 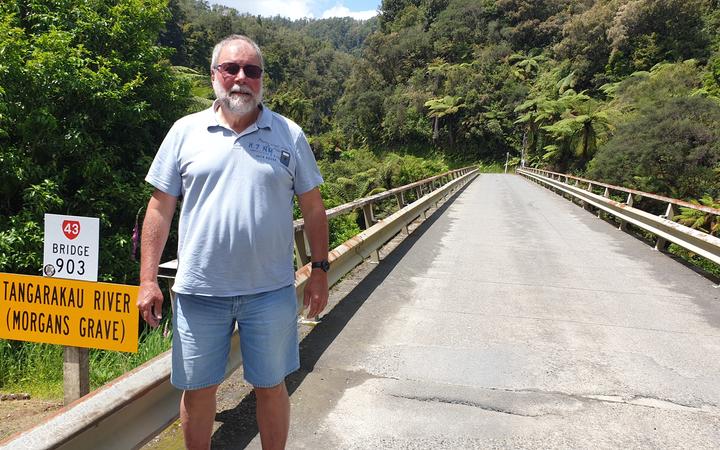 Some residents say it will ruin a unique experience and the money would be better spent repairing the existing road, while others say it's a game changer for the area.

And now the self-proclaimed champion of the regions, Shane Jones, has decided the economic case stacks up for it to be sealed, but not everybody is thrilled about it.

He said the money could be better spent elsewhere.

"If it was 50km I'd yeah get into it, but it's only 11km and it's pretty unique having one of the only highways in New Zealand that's unsealed.

"The rest of the road, if they maintained, would be perfect but they do nothing with it."

A sheep and beef farmer, Mr Herlihy said sealing the last stretch of metal made little sense when so much other work needed doing on the road.

"The rest of the highway is a mess, you know, we've got a one lane underslip on the Pohokura Saddle that's been there four and a half years. Why?

"We've got a Bailey bridge in the middle of the road that's been there for over 12 months. Why?"

Across in Douglas, Bloss and Mark Copplestone were drenching. 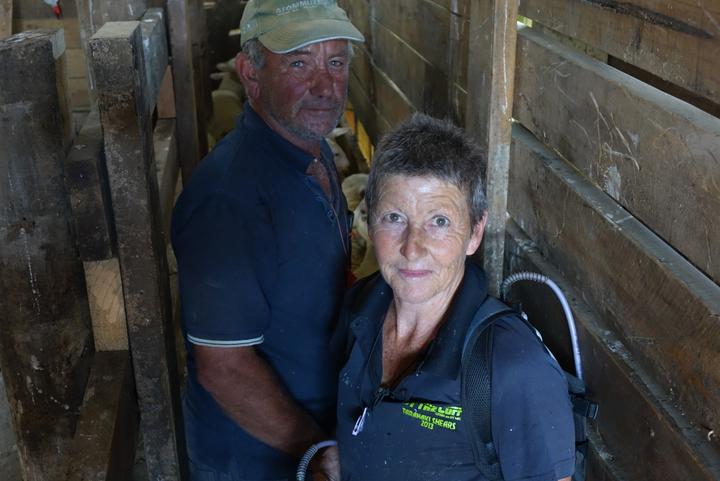 Bloss reckoned something special would be lost when the gorge was sealed.

"It's only 12km, it's like 10 minutes maybe and it's such an amazing drive through there. The bush and the gravel and you sort of get a sense of the people that cleared it and what they did to break in this land. It's just amazing."

It has been estimated that sealing the 12km of road through the gorge could boost tourism in Taranaki by between $35 million and $45 million and help create up to 60 permanent jobs.

Copplestone said country folk could not afford to look a gift horse in the mouth.

"There's only so much money to go around, but like if there's seal being laid outside of the cities - you grab it. You don't say no or else the cities will grab it all."

At the Whangamomona Hotel co-owner Vicki Pratt was in Bloss's camp.

"A little bit of a fishtail as you come around the corner. You certainly keep the foot down and the hand in type of thing so yeah you concentrate more on metal roads than you probably do on tarsealed roads.

"They are either one way or the other. It's like 'oh God I'm never going to go on that road again' or 'hey, that was magic'."

Husband Richard could only see an upside.

"I think the sealing of the road is a game changer for Taranaki absolutely. It links the two mountains together and should've been done years ago to be fair.

"It's off putting to a lot of the tourists. They are scared to drive on the road or they have difficulty with that road and a lot of rental companies don't allow them to come on that road."

It was estimated traffic would increase 15 percent on the 148km route once the gorge was sealed - bringing vehicle numbers close to 13,000 a year. 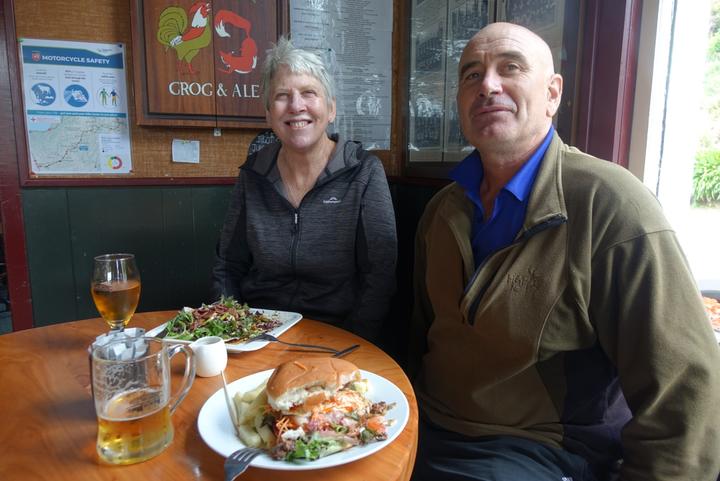 "And I think that coming from a really touristy place this will lose it's charm."

German travellers Ralph and Ursula Oppermann had pulled over their campervan at SH43 surveyor Joshua Morgan's grave in Tāngarākau Gorge.

Ralph liked the road the way it was.

"You must drive slowly but it's no danger or anything else. It's very original I feel driving through the jungle. I find it very atmospheric in this way. It's good so I like it."

Volzke said the Transport Agency's own report on SH43 identified a further $10 million of work required beyond sealing the gorge.

But he did not think the State Highway 43 would lose its charm.

"The story of Whanga and the history and the Republic and the characters that live there are still there, and they will be forever more so I think that's great.

"It just gives more people access in an out of the area in a safe way."

The Transport Agency, which admitted it had held informal discussions about the state highway reverting to local road status under district council control, said work on sealing the gorge would begin mid-2020 and take three years to complete.