Residents on a major arterial route in Wellington are worried about a six-month road closure, and one business is even considering shutting down. 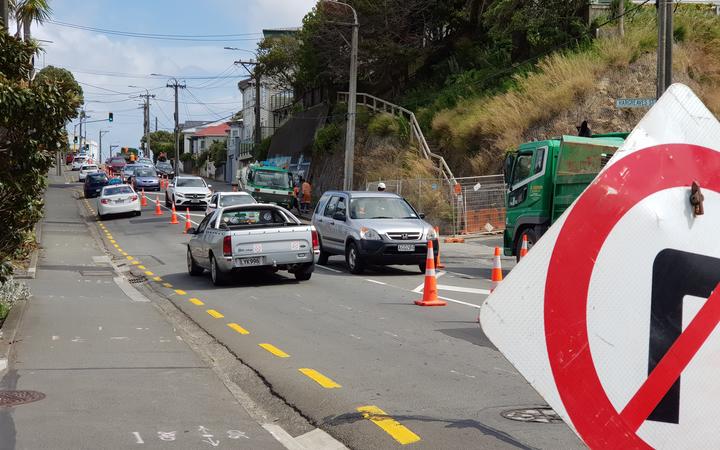 New water mains need to be installed along Wallace Street, Mount Cook, before the city can begin work on the massive new Omāroro water reservoir.

But that means the road, which is used by about 20,000 vehicles a day, will be shut to through-traffic in the New Year - a closure that could last until the middle of next year.

"It does cause disruption but at the end of the day what we're here to do is provide water for people both on a day-to-day basis, and in the event of a seismic event - this reservoir is really required as part of that," said Wellington Water's major projects manager Stephen Wright.

Wallace Street is a fairly standard road for Wellington's older areas: it's narrow, with houses squeezed tightly next to each other and very few driveways.

It is also prone to clogging up during the morning and evening commuter peak.

When it closes in the early New Year, vehicles will be diverted down the comparatively quiet Wright Street instead - potentially increasing its traffic 20-fold. 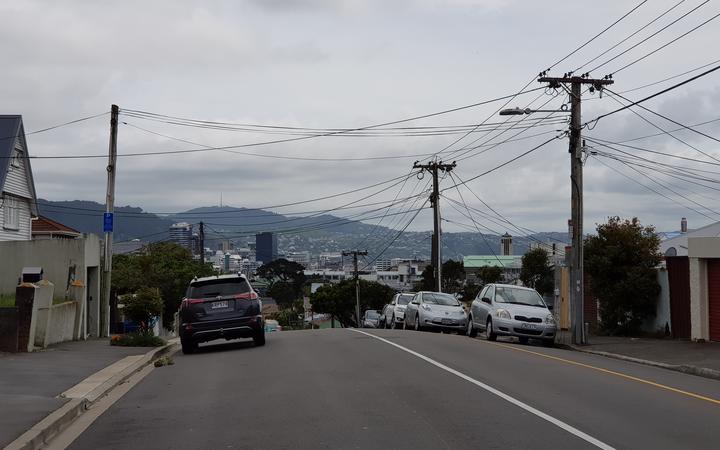 Wright Street's camber need to be flattened and the power lines lifted before diversions can take place there. Photo: RNZ / Michael Cropp

Double decker buses will also use the diversion - but first, the road's camber needs to be flattened and the power lines lifted.

"We can't have these people bouncing around inside the bus, so it's not just the bus falling over - it's the people bumping into each other," Mr Wright said.

Despite the contractor's attempts to keep the community informed with meetings, drop-in days, and leaflets in letterboxes - many still have lingering concerns.

"We have a very elderly lady that lives over the road who's quite forgetful and sometimes wanders across the street quite slowly, so we're concerned about her safety," Ms Miller said.

With nearly every car park on Wallace Street gone, and half the parking on Wright Street also closed off, Ms Miller - who runs a business from home - is worried the couriers that pick up her goods would not be able to stop, nor would the builders she needed to get in to repair her roof. 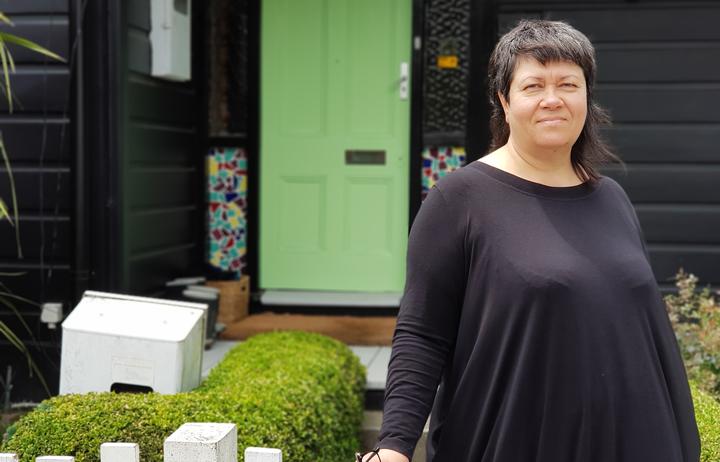 Rose Miller, outside her home at Wright Street, worries about her neighbour across the road. Photo: RNZ / Michael Cropp

She said Wellington Water's explanations to date were unsatisfactory.

Business owners along Wallace Street, which would be closed to through-traffic, were also worried.

Noah's Ark Teahouse managing director Catherine Gao said the effects on business would be severe, with fewer customers around and little access for deliveries or Uber Eats drivers.

If the shop ran out of stock, she was not sure when the next delivery could occur, "so there is a possibility we'll be closing down for six months until the road is up and running again," she said.

While the contractor's community liaison told RNZ deliveries could be arranged - Miss Gao said she did not even know such a liaison existed until RNZ put her in touch with them.

Dairy owner Anil Patel is also worried about deliveries and believes he will also lose customers. 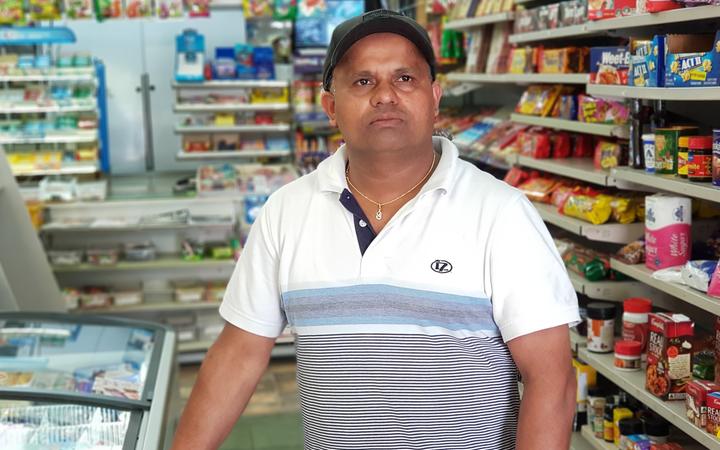 Dairy owner Anil Patel thinks about how the close will impact on deliveries to his business. Photo: RNZ / Michael Cropp

He said he was also concerned the work would lead to power cuts and food going off.

"If you have one damaged wire or anything and you have no power, my Eftpos machine won't work, and the ice cream's $1000 for the one fridge ... I don't want it melting," Mr Patel said.

The owner of 88 Wallace Court Motel, Liam Wang, said it was still not clear whether guests would be able to get through the cordons at any time of the day or night.

"[Access] is the only thing I worry about, and if it's hard or harder than before [to reach us] - then they will give us some bad reviews online," Mr Wang said. 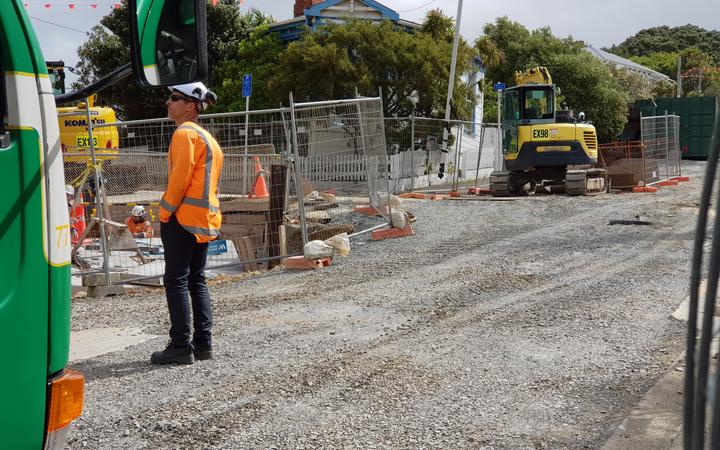 However, the contractor's community liaison pointed out that people would still be able to access homes and businesses - they just needed to call her to see what could be arranged.

The road closure was due to start on Monday, but has now been pushed back to the New Year.

It will last for a minimum of 10 weeks, but could last for almost half a year.

With that level of disruption, Ms Miller said there needed to be some sort of sweetener.

"It's almost half a year, a rates rebate would be really nice or what about even some vouchers to the swimming pools or something the council can do that's really not gonna cost them that much," she said.

Tenders for the actual reservoir have closed, with the successful contractor - and any revisions to the price - expected to be announced in February.