Salt-induced corrosion of an aircraft's landing gear was the likely cause of it failing, says the country's accident investigation organisation. 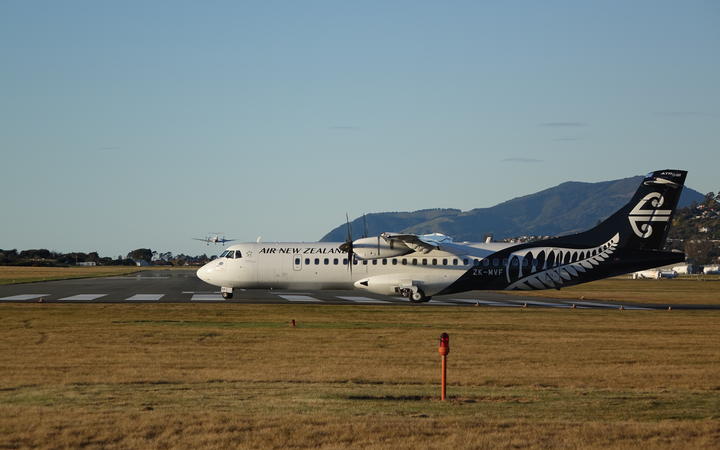 An ATR72 aircraft similar to the one that had a landing gear failure, about to depart from Nelson. Photo: RNZ / Tracy Neal

The Transport Accident Investigation Commission has released its findings into the 2017 incident, when an Air New Zealand ATR72 aeroplane was about to land at Nelson with 71 people on board.

The crew received an alert that some of the main landing gear was not locked and diverted the flight to Palmerston North where it made an emergency landing.

Damage was limited to a burst tyre on landing.

TAIC found that two landing gear locking springs failed because of corrosion-induced cracking, possibly caused by salt and the environment in which the aeroplane was operated.

The commission said the maintenance inspection programme for the locking springs would have been unlikely to detect the problem.

It said the operator had since inspected landing gear locking springs across its fleet of ATR72s, had a new maintenance programme for such springs, and now replaced them more frequently.

The manufacturer had also updated its maintenance manual for all ATR72s worldwide, and its training systems now included a scenario based on this incident.

TIAC found that the crew's decision to divert to Palmerston North Aerodrome was appropriate, and the preparation for the emergency landing was well conducted in accordance with company procedures. However, the crew's raising and lowering the landing gear several times before the emergency landing was outside the documented procedures and had the potential to exacerbate the condition.

TAIC said key lessons from the inquiry were that crew should always inspect critical parts such as landing gear pre-flight, and that after an accident or incident, aircraft operators should secure on-board recorders to protect potentially vital evidence.

The aeroplane was fitted with a cockpit voice recorder capable of holding two hours of recording on a continuous loop, but some of it was lost after the plane landed in Palmerston North.

TAIC said the recording of the flight began with the rear flight attendant instructing the passengers to remain seated following the initiation of the overshoot at Nelson.

The last 12 minutes of the recording were of the maintenance staff at Palmerston North after the incident, turning on aeroplane power, starting the engines and taxiing the aeroplane to the apron near the terminal.

TAIC said the over-ride happened when power to the aircraft was applied with the voice recorder electronics re-set, so it started a new recording.

Investigators said while the loss of part of the recording was not critical for the inquiry, it was a reminder of the need to ensure the protection of this potentially valuable investigation resource.