A fire safety kit was stolen from a fire truck while firefighters attended a job in Palmerston North this afternoon. 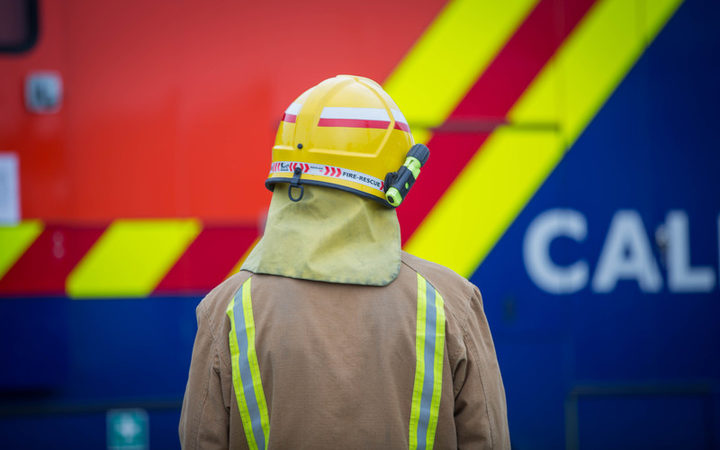 A fire truck targeted by thieves while a crew was working within the community Photo: RNZ / Claire Eastham-Farrelly

The Palmerston North fire brigade were called to Warehouse Stationery on Rangitikei Street at midday, where a sprinkler alarm had gone off.

During the job, people in a silver Mazda Familia stole the safety kit from the side locker of the fire truck.

Area Commander Mitchell Brown said a staff member noticed the car, and pointed it out as it left the carpark.

Mr Brown said it was disappointing to have the fire truck targeted while the crew was working in the community.