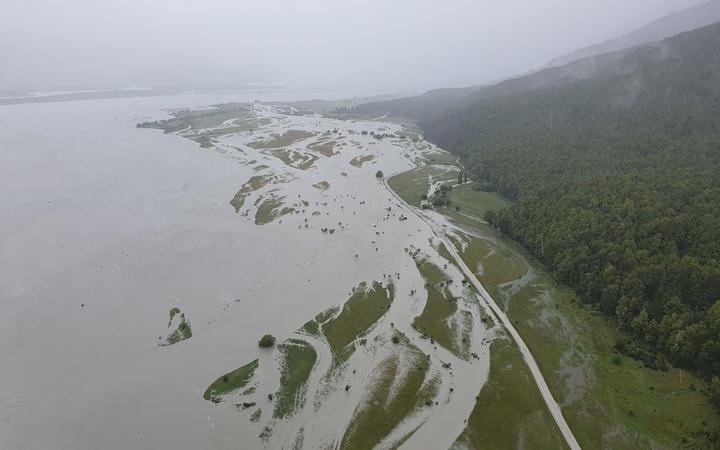 A section of Ardmore Street between McDougall Street and Lakeside Road in Wanaka has been closed. The whole of the CBD has been reduced to a 30km/h speed limit.

MetService issued a heavy rain warning for up to 200mm of rain near the headwaters of Otago's lakes and rivers between 9am Thursday and 8am Saturday.

Otago Regional Council duty flood officer Peter Stevenson said the floodwaters had been building for days if not weeks.

"This particular event, there's been a whole series of those events and basically each event builds on the previous one so the lakes haven't really got time to drain.

"So it's been an ongoing event for a number of days, if not weeks."

Meanwhile, people were being urged to avoid the Clutha River as floodwaters was bringing debris surge downstream.

The Clutha River usually flows at about 500 cubic metres per second.

Mr Stevenson said that could reach about 2000 cumecs this week following the heavy rainfall.

"The river is high and it's flowing very very fast. There'll be a certain amount of debris being carried down it as well so stay well clear of the Clutha River over the next few days."

The flooding and high winds making driving dangerous around the region prompted authorities to close several roads this morning.