Rabbits burrowing into recent burial sites at the Hillcrest Cemetery in Whakatane has distressed a regular visitor who wonders why the council chooses to leave them unplanted. 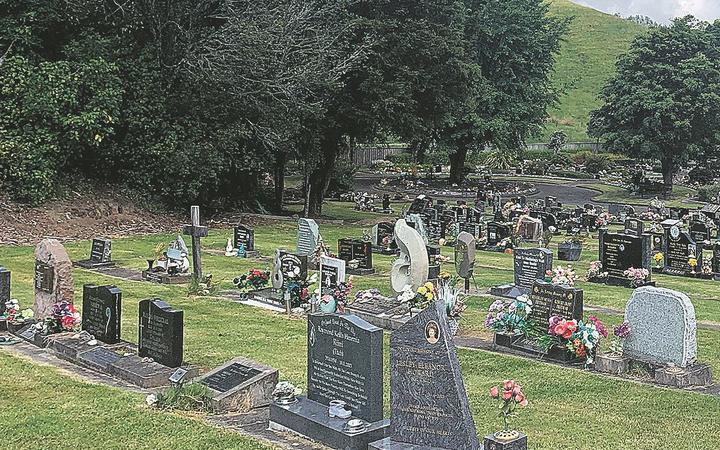 The local man visits his son's grave every fortnight and says the rabbit problem has now got out of hand.

"I've lost count of the graves I've seen up there that have had rabbits burrowing into them," he said.

"It's just not on. I wonder how council staff would feel if it were their son, husband, father or other family member who had rabbits digging down into their grave."

The Whakatane man, who does not want to be named, said the problem was exacerbated by the fact that Whakatane District Council staff did not lay turf or plant grass on recent burial sites, choosing instead to let "nature take its course".

He said the fresh dirt was more enticing to rabbits, which could be deterred by having turf laid.

"I know in Levin they lay turf down as soon as the family members have left. If they can do it, why can't we?

"Instead the dirt is left there to grow weeds, it's not a good look for people coming here to grieve."

He has also noticed that council staff do not appear to compact the dirt around recent burial sites, which often results in the dirt settling and creating large holes around the coffin.

He said this happened when he buried his son and he could stand in the resulting hole up to his waist.

On Friday, the man was particularly disturbed by a large hole in a recent grave that he said he could step down into up to his knee.

He went to the council office to complain but was"fobbed off".

"I was told that Mike Naude (general manager community services) was not available until 5pm, which is ridiculous," said the man.

'This has been going on far too long and they need to do something about it. The cemetery at first glance looks beautiful but they need to take better care of people's relatives. There is actually a bylaw that animals cannot enter the cemetery grounds, so what are they doing about it?"

A reporter visited the cemetery with the man on Friday afternoon and counted four recent burial sites with signs of rabbit scratchings and covered in rabbit droppings. 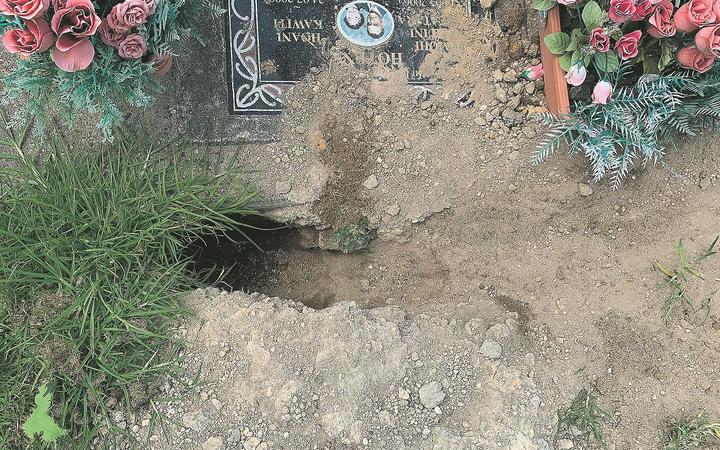 This large hole in a recent burial site was the last straw for a man sick of seeing rabbits digging up the cemetery. Photo: Charlotte Jones/LDR

The man pointed out a grave that was more than a year old and still had dirt showing with only a bare covering of straggly grass and weeds.

Council team leader open spaces operations Ian Molony said it was incorrect to suggest the man had been fobbed off by council staff.

"I was immediately contacted by customer services on my way back to Whakatane following a meeting in Ohope and stopped at the cemetery to see what the issue was,"he said.

"I met with the complainant as he and the Beacon reporter arrived and asked what the issue was, but he did not wish to speak with me. The issue was subsequently identified and addressed before he had left the cemetery."

Mr Molony said staff were unable to check each grave daily and rabbits did burrow into the softer sand in a very short space of time. He said the council would appreciate the assistance of the public in reporting these issues so they could be addressed as soon as possible.

"Council does have bait stations around the cemetery and fill these on a regular basis but as the area is surrounded by farmland, rabbits are a continuous problem and hard to control."

Mr Molony also said that following any burial the soil was compacted as best as practicable without the use of mechanical compactors.

"Often after periods of rain, subsidence does occur, but staff will check graves after each event and address the situation.

"There are times, particularly after weekend rains, when this cannot be addressed immediately, however, historically, there are no recorded incidents of graves subsiding to the extent explained by the complainant.

"Soil is mounded on the grave after each burial and left until the subsidence of the grave slows. The mound is then removed, and the turf reinstated. Often after graves have been regrassed and following further periods of rain, further subsidence may occur and the graves will be topped up again, which may give the appearance they have not been grassed."

The cost of a burial plot in the Hillcrest Cemetery is $2035.