A crucial step towards building a national Erebus memorial in Auckland has been delayed until next year. 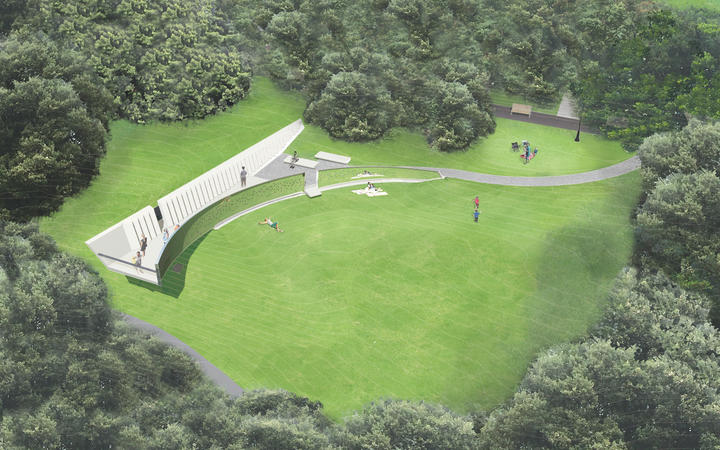 Artist's impression of the Erebus memorial in Parnell. Photo: Supplied / Ministry for Culture and Heritage

The memorial to acknowledge the 257 people who died in the tragedy is planned for Parnell's Dove-Myer Robinson Park.

Waitematā Local Board was due to consider approving the memorial at its final meeting for the year tomorrow.

But the Manatū Taonga Ministry for Culture and Heritage said it has delayed this until it had approval from Auckland Council and Heritage New Zealand.

It said the local board granted its approval in principle last year.

Last month a sod-turning ceremony scheduled for the 40th anniversary of the crash was postponed due to opposition to the memorial from neighbours.