Many Aucklanders had a cheap commute to start the week, thanks to a bevvy of free bus rides due to a breakdown in collective bargaining. 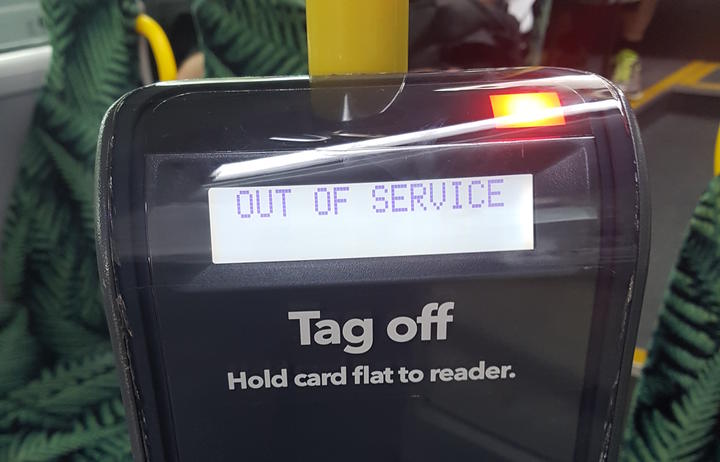 About half of Auckland's bus services were free today and for the remainder of this week due to a deadlock between the drivers' employer NZ Bus, and members of two unions, FIRST and NZ Tramways Union.

AT HOP card machines were disabled and drivers refused to take cash fares on the NZ Bus services, which make up about half the city's fleet.

First Union said NZ Bus tried to make a last-ditch effort on Friday afternoon to get the union to cancel the strike, but they didn't bite, and it went ahead as planned this morning.

"It seems all drivers are participating in it. We're already getting a lot of good feedback from the public saying they've been getting free fares. The drivers are excited about getting something happening, so really it's just a case of getting the right people in the room to resolve the issues the drivers have," First Union spokesperson Jared Abbott said.

The legal aspect for striking drivers to give a service away for nothing is debatable.

Employment lawyer John Hannan said it was legal in this case - drivers were within their rights to refuse to perform some duties, but only if it was part of industrial action.

"So if an individual employee decided for whatever reason to not collect fares today, it's just a straight breach of their obligations."

There would be limits to how much worth of services could be refused.

Mr Hannan said the difference was what was lost in practice, and no employer losing high-value goods would accept business carrying on as usual.

"So you'd get a closure of the store, you'd get a suspension of the employees from their duties, you'd get management stepping in," he said.

"With a dispersed workplace like buses, it's much more difficult for an employer to take practical steps to stop it."

But even though a bus trip is only a few dollars, across a city the loss would be substantial.

"The power of industrial action of this nature is precisely that it costs the employer a bunch of money, and is designed to put it under pressure in that way," he said.

The two parties will work through a contractual process for the missing fares. NZ Bus did not respond to a request for comment.

If people were feeling guilty about riding for free, Mr Hannan said no one could stop passengers getting the fare to the company in another way.

The free fares are scheduled to run until 4.30am on Saturday.