Police have shut down the gun buyback website after a potential privacy breach of the police database. 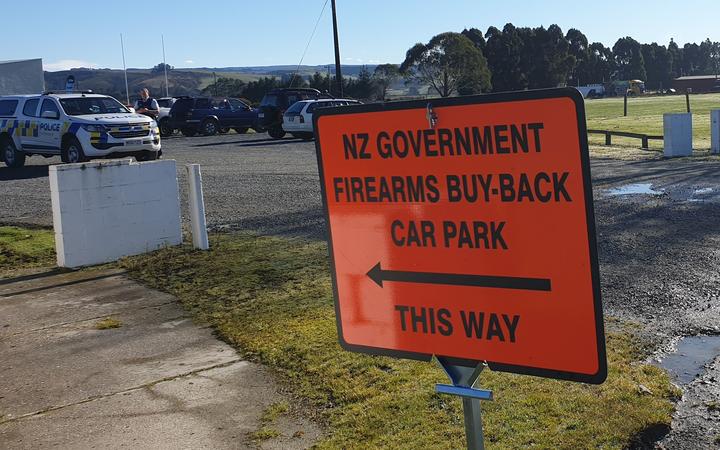 The site was shut down after police were alerted by a member of the public to a potential breach involving the online notification platform for the firearm buy back programme.

The website was shut down immediately and the breach is being investigated. The office of the Privacy Commissioner was also made aware of the issue.

Police are refusing to give more information about the buy-back data breach.

Initally, a media conference was scheduled for 2pm today, but it was delayed until 5pm.

The Council of Licenced Firearms Owners said the breach was deeply concerning.

Its spokesperson, Nicole McKee, said the incident showed that a police firearm register was untrustworthy and did not work.

She said it was a massive failure that information on more than 70,000 firearm hand-in notifications, the firearms and owners' bank account numbers were accessible to web page users.

"The police can't be trusted ... the information out in the public domain is a shopping list for criminals," she said.

She told RNZ the council were in contact with the person who notified police and would provide more details about the extent of the breach later this afternoon.

Police Minister Stuart Nash is assuring gun owners their private information has not been exposed to the wider public.

Mr Nash said it appeared only some approved firearms dealers had access to the information.

Police were now looking into exactly how that happened, but, in the meantime, Mr Nash issued a warning to anyone who holds the information.

News of the breach has prompted the National Party to tell the government it should re-think introducing a firearms register.

"This will make matters even worse, there are a number of submitters (to the Select Committee) who have predicted this as a risk under the firearms register and it's come to fruition under the buyback scheme. They won't have confidence that the government can protect their data."

Mr Hudson said only once the government mitigated all risks should they push ahead with a register.

"Certainly right now it should be pausing, having a good re-think about the plan and all of the associated risks and only when it can fully mitigate all of them should it being moving ahead with that sort of proposal," he said.