The family of a severely disabled boy is taking his former carer to the Human Rights Review Tribunal in a bid to force them to release emails discussing their son's health. 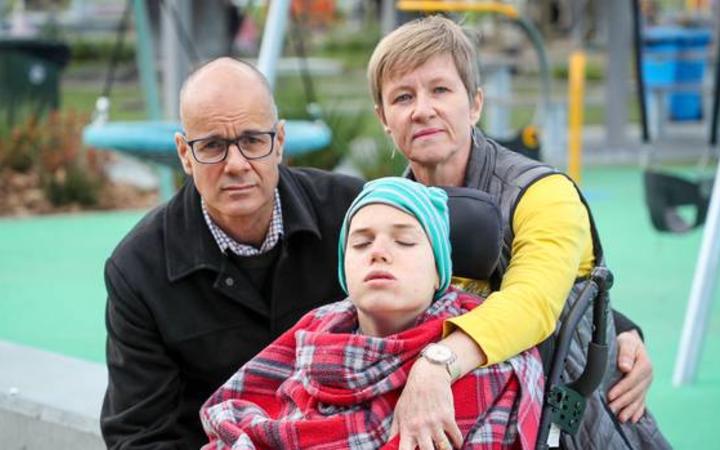 Glenn and Fran Marshall are battling the Health and Disability Commissioner who interfered with the privacy of their disabled teenage son, Eamon. Photo: NZME/Warren Buckland from Hawke's Bay Today

Eamon Marshall was placed with a foster family in 2004 because his parents, Glenn and Fran Marshall, were unable to provide the round the clock care he needed.

In 2015, they raised questions about his care, and an investigation by the Health and Disability Commissioner found failings, and that IDEA Services deliberately withheld personal information that should have been given to his parents.

The Marshalls have been trying to get hold of those internal emails, that discuss a health assessment done on Eamon, ever since.

The Office of the Privacy Commissioner has already ruled the emails should be released, but it does not have the power to make IDEA Services hand them over.

The Human Rights Tribunal hearing starts in Napier today and is expected to last all week.

Eamon, who is now 17-years-old, was diagnosed with tuberous sclerosis, cerebral palsy, severe epilepsy, visual impairment and intellectual disability as a baby. He needed intensive care and was placed into a foster family in 2004, overseen by IDEA Services.

In November 2015, his parents Glenn and Fran Marshall raised concerns about their son's care and IDEA carried out an investigation. A separate Health Ministry investigation found Eamon's medication was not being administered properly, and the correct paperwork was not completed.

In April 2016, the Marshalls complained to the Health and Disability Commissioner (HDC) about IDEA Services management of their son's care. The HDC's investigation found the organisation had failed to follow its own complaints procedures and that staff removed information from its internal investigation report.

IDEA Services apologised to the family for their failings, but a subsequent investigation by the Office of the Privacy Commissioner found the organisation had also interfered with Eamon's privacy.

The Human Rights Review Tribunal hearing in Napier today is the Marshall's third complaint lodged with the tribunal about IDEA Services.

This one makes two claims under the Privacy Act, and one under the Health and Disability Commissioner Act.

In a separate case, the Marshalls are also suing the Health and Disability Commission for $300,000 for loss of dignity and humiliation for their part in the botched investigation.

That case, due to be heard next year, will the first time the commission has ever been taken to the tribunal.